Goals from Kieran Sadlier and Joe Wright were not enough as Rovers fell to a 3-2 defeat in an entertaining game at the New York Stadium in the Leasing.com Trophy. 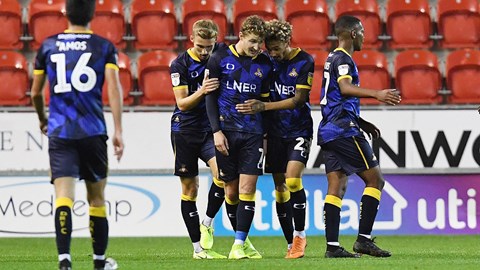 There were plenty of twists and turns in the match. Sadlier’s first half thunderbolt cancelled out an early own goal from Wright, and Rovers took the lead when the centre-back headed into the right end just after half time.

But goals from Carlton Morris and Trevor Clarke settled a topsy-turvy clash and ensured it would be the home side who took the three points to keep their hopes of progress alive.