Darren Moore has said he is looking forward to getting on the road as Rovers prepare for their first away trip in over a month. 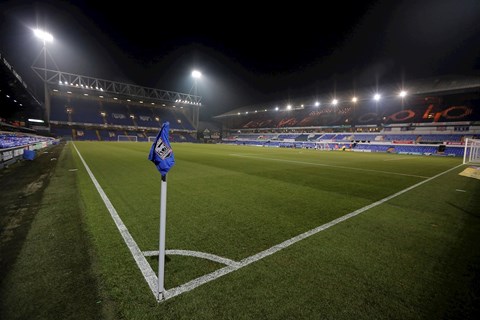 Rovers have played four of their opening five Sky Bet League One matches at the Keepmoat Stadium and manager Moore admits that an overnight stay in Ipswich will provide a change for his players.

“Since I’ve arrived, we’ve only had a couple of away games, the cup match and one league game at Rochdale so this will be a bit different getting on the road but we’re looking forward to it,” he said.

“We’ve got some good opposition to look forward to on Saturday, they’ve had a great start to the season, they’re a team in the ascendancy, they’ve got a lot of good players and they’ve just come down from the championship so they’re strong.

“It’s a wonderful arena at Portman Road so I look forward to getting down there with the team.”

Rovers and Ipswich Town are two of four League One sides boasting unbeaten records in the league so far and Moore believes the Tractor Boys will provide his team’s toughest test so far.

“It’s a tough game on Saturday. Both clubs have had solid starts to the season,” he said.

“Everyone has them down as favourites to return to the Championship because of their resources and players. It will be a tough test for us, but these are the games we should look forward to. We want to play these teams and go in to battle with them.

“I look forward to seeing Paul Lambert on Saturday, he’s a fantastic bloke. Ipswich have got aspirations of making an immediate return to the Championship and Paul has vast experience, a wonderful career, and it doesn’t surprise me where the club is and how the team is operating.”