First half goals from Kieran Sadlier and James Coppinger ensure Rovers got back to winning ways with a 2-0 win over Peterborough United in Sky Bet League One. 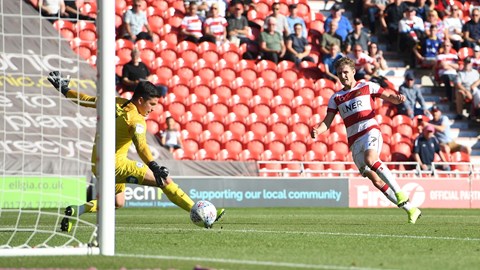 Sadlier had a hand in both goals against his former club, providing the cross for Coppinger’s header and scoring a wonderful individual effort just 10 minutes later.

Unusually for the side from Cambridgeshire, they would rue missed chances as they probably should have opened the scoring, but Ivan Toney’s late looping header hit the crossbar.