Danny Amos says he was absolutely delighted when he was offered a new one-year deal at Rovers.

The 20-year-old had made consecutive starts for Darren Moore's side before the season was curtailed and is looking to build on that with more first-team starts in 2020/21.

“Before the lockdown, I had a little breakthrough, I played against Wycombe Wanderers and MK Dons and I was due to play against Wimbledon so I was a bit gutted when that got cancelled,” he said. 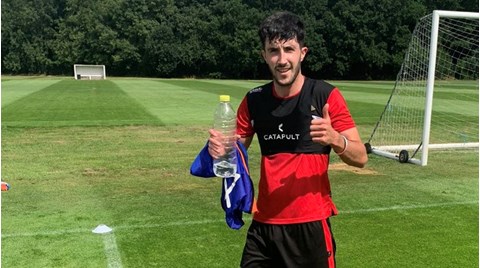 “I got the international call up for Northern Ireland U21s about that time too and I was really pleased to be picked for that. It was unfortunate timing but you’ve just got to crack on.

“I will be pushing and hoping to get some more call ups for the 21s and do the best I can over there as well, but coming back to Doncaster is the main thing, playing week in week out is what I really want to do."

Moore has said he wants Amos to challenge for starts in the first-team this season and Amos will be vying with Reece James for the left-back role.

“I’ve just got to do the best I can in training day in and day out,” Amos added.

“Obviously Reece James has been one of the players of the seasons and he was doing very well before his injury, but all I’ve got to do is challenge Reece, believe I can start over him and target getting some more senior appearances under my belt.