Goalkeeper Josef Bursik believes Rovers can do big things in 2020/21 after he put pen to paper on a season-long loan deal.

The 20-year-old has impressed at parent club Stoke City who gave him a new three and a half year deal in January but with game time important, he says joining Rovers was a no brainer.

“This deal has been in the pipeline for a couple of weeks now so it feels really, really good to get it over the line,” he said. 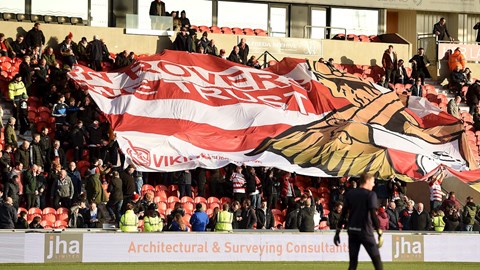 WATCH | Bursik: I believe we can do great things here

“The Gaffer rang me a few weeks ago and let me know that he was interested. It’s good to feel wanted and as soon as I heard of the interest it was a no brainer for me to come here.

“I just want to hit the ground running and the gaffer has highlighted his ambitions to me which I’m in tune with.

“It’s a great league and I think we can do big things this year.”

“It was a great level of training and a really nice training ground as well. It’s been good, I’ve settled in really quickly I think,” he added.

“All the boys have been really welcoming, the gaffer and all the staff so it’s been great I just can’t wait to get started playing games.”