Darren Moore is expecting a difficult test when Rovers travel to face Northampton Town in Sky Bet League One this weekend.

The cobblers are unbeaten in their past three league games, and the manager says their upturn in form is no surprise.

He said: “I’m pleased for Keith Curle, he’s showing his experience and getting the team used to the pace of the league.

“He’s leading by example and the players are following him, they’ve shown some good form in recent weeks.

“They’ll be confident playing in front of their home support, it’s another game that we look forward to.”

With 1,500 home fans expected to be in attendance, Moore is pleased to see progress being made when it comes to fans returning.

He added: “I’m excited to see fans back in the stadium, it will be good to get to the ground and feel the usual matchday atmosphere.

“It will seem a little strange because it’s been so long without having people watching us but I’m really looking forward to it.

“Although there won’t be any Rovers fans there it can only be good for the game to have some supporters back.”


Rovers bowed out of the Emirates FA Cup with defeat to West Ham at the London Stadium.


Rovers travel to take on Premier League side West Ham United in the Emirates FA Cup fourth round this weekend. 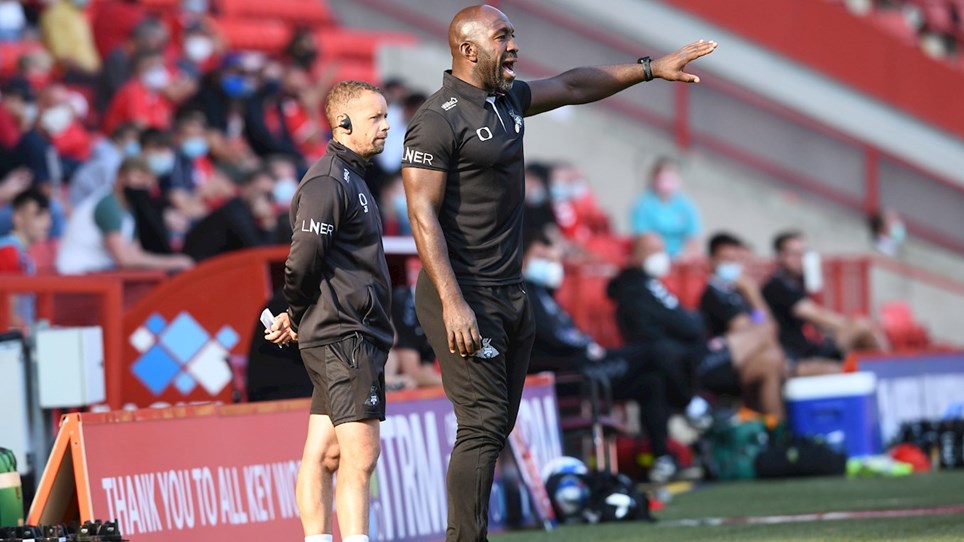 Moore: We'll give it everything


Darren Moore wants his players to give it everything they’ve got when they face Premier League side West Ham United in the Emirates FA Cup fourth round this weekend.


Robert Jones will be the man in charge when Rovers travel to the London Stadium on Saturday to face West Ham in the fourth round of the Emirates FA Cup.