Jon Taylor was named social inclusion and disabilities ambassador at the start of the 2020/21 season and has been reaching out to people across Doncaster digitally during the COVID-19 pandemic.

Jon has always seen his community role off the pitch as an important one and has a particular interest in supporting and raising awareness of Autism as he has a close friend with the condition. 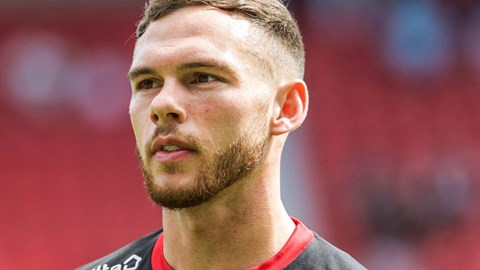 Jon Taylor explains why Autism Awareness Day is important to him

The Club Doncaster Titans are a pan-disability football club catering for adults and children who are unable to play football elsewhere. They were originally started by Darren Warner to give his son – who has Autism – a place to play football but have grown and developed into something much bigger and wide reaching.

Jon caught up with the Titans digitally and has offered a way for the players and parents of players to reach out if they want a chat or to ask for football tips.

Jon also digitally met up with students from the Doncaster Deaf School for a chat about sport and being a footballer.

The Deaf School and football club have a long, long history going back more than 140 years as it was a now famous football match between the two which helped launch Doncaster Rovers football club in 1879.

Jon said: “It’s really important that we reach out to our community and look out for each other especially at this time and I’m just trying to do my bit by doing a few zoom calls and being there if people want to have a chat.

“Football is a really important part of the local community and lots of people are missing the chance to come to the stadium. It’s nice that these little zoom calls can help put a smile on people’s faces but I also want people to know from the school and the Titans that I’m there to say hi if they need me.

“Making football accessible to everyone is really important to me and I can’t wait for things to return to normal so I can start making these visits in person and go and watch the Titans train.”