Rovers return to the Keepmoat Stadium on Saturday as they host Rochdale in Sky Bet League One.

Darren Moore's side will be heading into the weekend's game looking to make it back-to-back wins following Tuesday night's 3-0 success away at Tranmere Rovers after Jacob Ramsey's debut double and a first Rovers goal for Fejiri Okenabirhie.

Rovers also won the last time they were in action at home, with a 3-1 victory over Southend United thanks to goals from Niall Ennis and Kieran Sadlier on January 28.

The Dale won last time out, as they beat Shrewsbury Town 1-0 at the Crown Oil Arena last Saturday, with former Rovers loanee Tyler Smith's 88th-minute goal the difference. Prior to that, Rochdale had seen a 2-2 home draw with Gillingham sandwiched between 2-1 defeats on the road at Wycombe and Milton Keynes. They did however win twice in January, beating Accrington Stanley away on New Year's Day, before beating former manager Keith Hill's Bolton Wanderers 2-0 on January 11.

Former Rochdale midfielder Brian Barry-Murphy is the man who will feature in the away dug-out on Saturday, having taken charge on a permanent basis in April 2019 after replacing Keith Hill originally as caretaker manager the previous month. Barry-Murphy spent eight years playing at Spotland between 2010 and 2018 before retiring to become a coach, though only made 66 appearances.

The Irishman began his career with hometown club Cork City before later joining Sheffield Wednesday and then Bury, with whom he would feature well over 200 times for.

Since taking on the job last April, Barry-Murphy has over seen 52 games, winning 20, drawing 12 and losing 20, leaving him with a win percentage of 38.5 per cent.

The man on-loan from Sheffield United spent the second half of last season on a temporary switch at the Keepmoat Stadium. Smith scored twice on his Rovers debut after signing from the Blades in a 2-2 draw with Burton Albion, featuring a further 13 times as he helped his loan club reach the League One play-offs last term. He spent the first half of this season on loan at Bristol Rovers, scoring twice in just his second game for the Gas in a 3-0 victory over Cheltenham Town in the Carabao Cup. After making his debut against Gillingham, it took just three games for Smith to grab his first goal in a Dale shirt, bagging an 88th-minute winner against Shrewsbury Town.

The 35-year-old provides the Dale front line with bags of experience, and has hit double figures in the scoring charts for the seventh season in a row already. He scored 21 goals in all competitions last season as Rochdale finished 16th in League One, and already has 14 goals to his name during the current campaign. Henderson is a man bang on form recently, scoring in three of his last four games. formerly of Norwich City and Colchester United, Henderson has also spent time playing abroad, featuring for Turkish side Ankaragucu.

The 17-year-old full-back has been one of the stories of the season so far, scoring an equalising goal at Old Trafford against Manchester United in the Carabao Cup before grabbing an assist for the goal that gave the Dale a replay away at Newcastle United in the Emirates FA Cup. It hasn't stopped there for the youngster either, he secured a deadline day move to Premier League side Wolves the day after he passed his driving test, being loaned straight back to Spotland. Brian Barry-Murphy and his staff have done well to keep him grounded though this season too - three days after his FA Cup exploits against the Magpies, he was featuring at Cantley Park playing against Rovers in a Central League game. 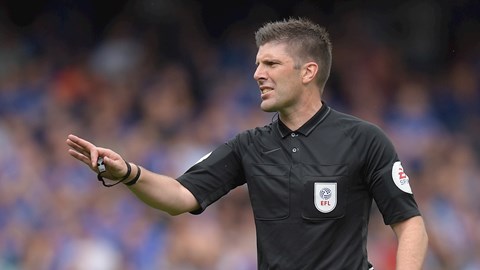 Neil Hair will be the man in the middle when the two sides meet on Saturday, and you can read more about him here.

The spoils were shared the last time the two sides met back in August on the second league game of the season. Rochdale took the lead through Aaron Morley's free-kick which evaded everyone in the Rovers box, before Jon Taylor grabbed an assist on his debut, crossing in for Kieran Sadlier to net a 93rd-minute headed equaliser and earn Rovers a point.

The last time the two sides met at the Keepmoat Stadium saw Rovers put on a five-star performance on New Year's Day 2019, racing into the lead inside the opening minute thanks to Alfie May's header. Ali Crawford's stunning free-kick was followed up by a goal either side of half-time from John Marquis, before James Coppinger made it 5-0 with eight minutes to go. Watch the highlights.