Goals either side of half-time from Fejiri Okenabirhie and Niall Ennis earned Rovers three points against Bolton Wanderers.

Rovers had seemed in control of the game with Kieran Sadlier, Okenabirhie, and Ben Whiteman all forcing good saves from the visiting keeper but a miscommunication at the back allowed Joe Dodoo to tap into an empty net to give the visitors hope and make for a difficult final thirty minutes.

Darren Moore opted for four changes, giving Okenabirhie his first start since the striker joined in January while Ben Sheaf, Niall Ennis and James Coppinger were also included in the starting XI.

Bolton manager Keith Hill made two changes to the side that suffered defeat in stoppage time to Coventry City with Jack Hobbs and Joe Dodoo replacing Toto Nsiala and Dennis Politic.

Rovers had the bit between their teeth from the off with James Coppinger and Ben Whiteman both getting in early shots on target. The latter of these was well-saved by Remi Matthews who had to pick out the low volley through a sea of bodies.

Kieran Sadlier carried his fantastic form from Saturday’s game into this one and caused Bolton no end of trouble down their left-hand side. He was responsible for creating Rovers’ best chances of the opening half-hour.

A series of wicked crosses across the face of goals were begging to be toed in, while a cross in the air was met by the head of Okenabirhie. The no.9 was on target but lacked the power to trouble the Bolton keeper.

The no.9 had another chance late in the half when he latched onto a wild, looping back pass – he tried to volley the effort goalward but dragged it wide. Okenabirhie made no mistakes with his next chance.

Sadlier was the driving force again – picking the ball up wide and driving through the middle of the park drawing half the visiting team towards him. His ball through to Reece James was touched into the path of Okenabirhie who smashed home from close range.

That was to be the end of James’ involvement in the game when a challenge on the half-way line saw him requiring a stretcher. He was replaced by Cameron John.

More good play down Rovers right-hand side gave Okenabirhie a chance in the final minute of added time, but his effort on the spin was wide of the mark.

Rovers extended their lead just four minutes into the second half. James Coppinger did what he does best and sent a delicious cross towards the far post which was met with a diving header by Niall Ennis.

Okenabirhie probably should have made it three when he pounced on a short back-pass by Jack Hobbs to his ‘keeper but Matthews stayed on his feet and made the save.

Rovers came under some pressure. First, they were asked to deal with a series of corners which – with the wind picking up – made it difficult to get the ball clear.

Dieng made saves from Flemming and Hamilton but couldn’t clear properly when Sheaf played the ball back to him – Dodoo nicked the ball off the Rovers’ keeper as he attempted to Cruyff-turn away from him and the visiting midfielder was able to tap into an empty net.

The goal marked a change in momentum, with the visiting fans finding their voice and the visiting players finding their confidence. Rovers were able to weather that storm with Tom Anderson clearing a shot off the line, Dieng holding Hamilton’s looping volley and Wright making an important block from Daryl Murphy’s shot.

Rovers got themselves back into the swing of things, earning more possession and using it to dictate the pace of things taking the sting out of the visitor’s attacks. They didn’t create an awful lot in this period, but they kept asking questions with Coppinger sending a few shots just the wrong side of the post while Whiteman’s effort from distance was on target but a nice height for Matthews. 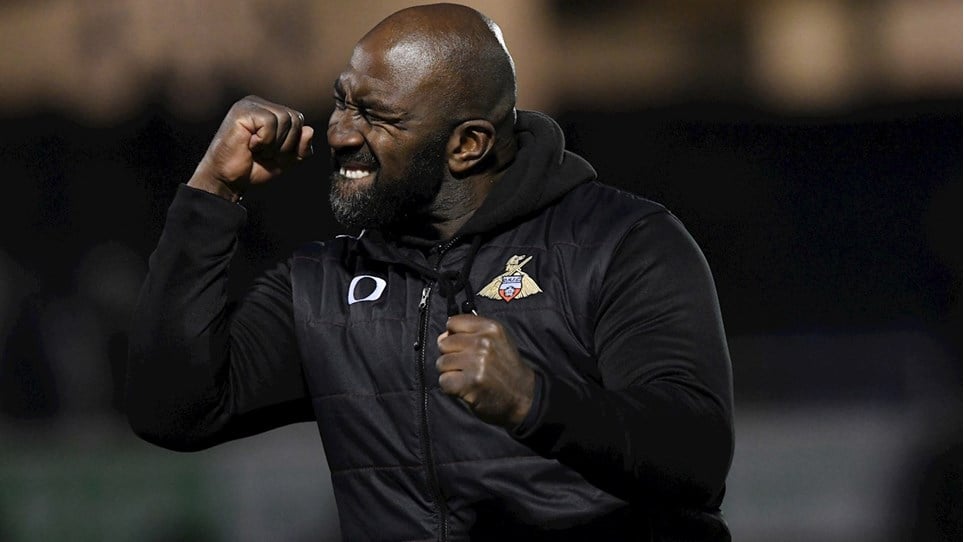 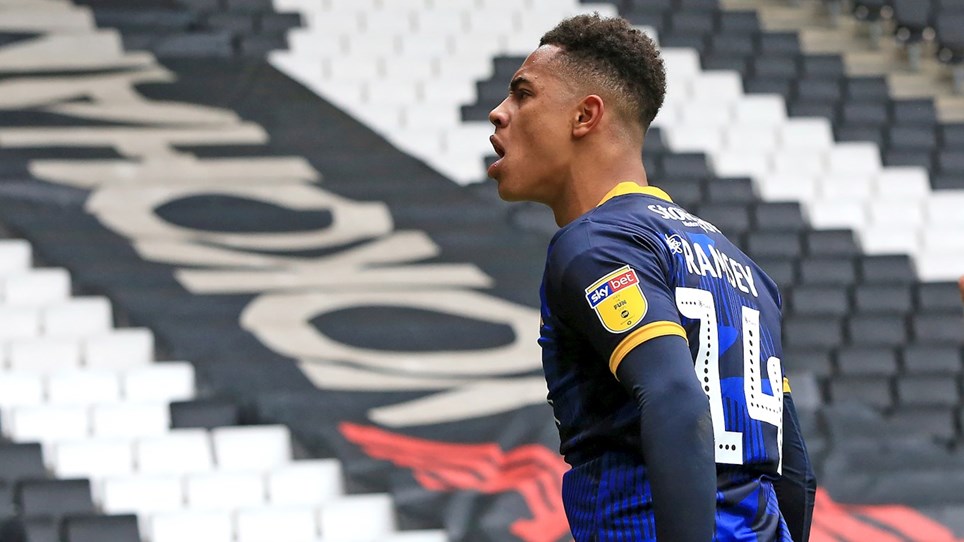 Ramsey pleased to be the match winner 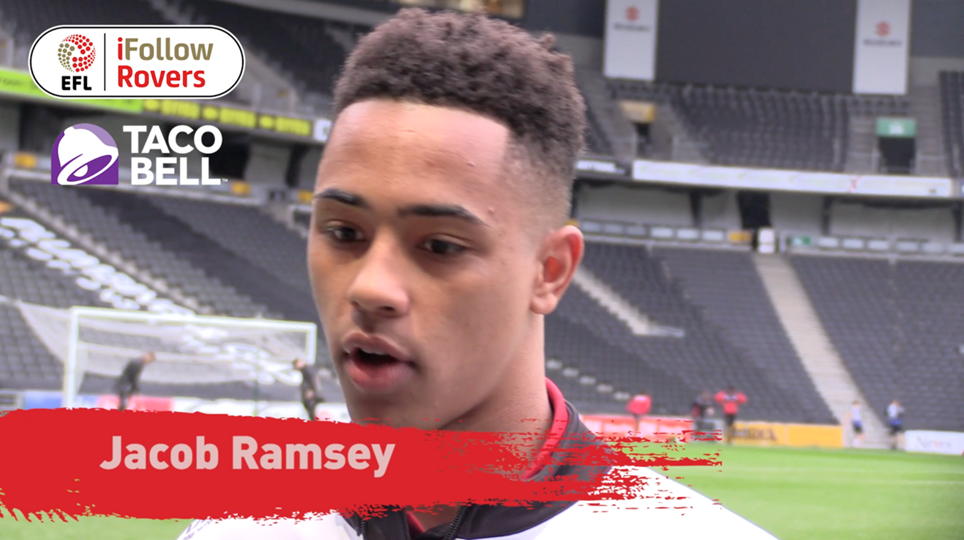 
Local causes combating the COVID-19 coronavirus will be among the beneficiaries of a groundbreaking new online auction set up by Club Doncaster.

Brian Stock inducted into the Hall of Fame


Brian Stock has become the next Rovers legend to be inducted into the Hall of Fame by supporters after being voted as the standout player of the 2000s.

Rover of the Day: Billy Langham 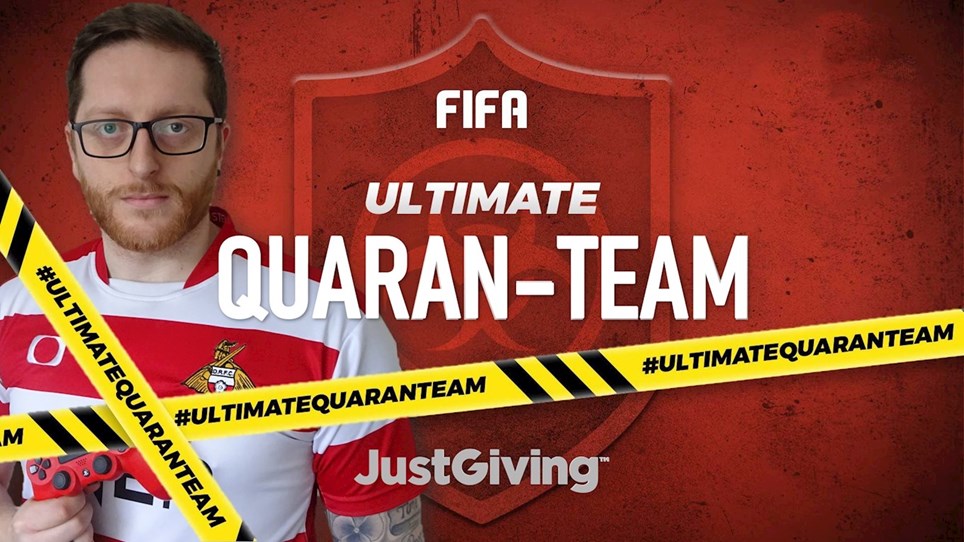 
Rovers fan Daniel Pearson made history as the first person to represent the club at e-sports.