Voting for Rovers’ standout player of the 1990s is now open and supporters can have their say via the widget at the bottom of this page.

John Coyle has created a five-man shortlist of the remaining stand out players from the decade and supporters can read about the nominees below. Voting will close on March 6 and the winner of the vote will be inducted on the pitch at one of our remaining home Sky Bet League One matches.

Graeme arrived at Rovers in August 1993 after enjoying success with non-League Bridlington Town. Having struggled to score regularly in his debut season he had a breakthrough in 1994-95, contributing 15 goals in all competitions. The following season he netted a further eleven, including a hat-trick in a 4-1 win over Leyton Orient in December 1995. His performances attracted the interest of other clubs and he joined Wigan Athletic in the summer of 1996, becoming a prolific scorer for the Latics. He later moved into coaching and is now manager of Luton Town.

A local lad, Russ came through Rovers’ youth system and made his debut in the final match of the 1980-81 season. He failed to break into the team regularly and after being released he joined Frickley Athletic, where he enjoyed several successful seasons and was capped at England Semi-Professional level. He made his way back into the full-time game via Northampton Town and Hull City, and in 1993 he returned to Rovers. He was appointed captain and became Rovers’ defensive rock, making 86 appearances over the next two seasons and scoring seven goals. He was transferred to Preston North End in September 1995 and helped them earn promotion at the end of his first season. He has managed Scunthorpe United and York City, and had a spell back at Rovers as Head of Recruitment.

The performance of Liverpudlian Mike was one of the bright spots of a difficult time for Rovers in the early 1990s. Signed on loan from Bolton Wanderers in March 1992 he contributed six goals in 11 games and helped Rovers move of the bottom of Division Four. Rovers managed to scrape together the money to sign him permanently, and he notched eleven League goals in 1992-93, despite being hampered by a groin injury. In October 1993 he was sold to Newcastle United in a cash-plus-player deal. He went on to play for Rotherham United, Fortuna Sittard and Grimsby Town later in his career.

Birmingham-born Darren became a towering presence in Rovers’ defence after arriving from Torquay United in July 1995. Over two seasons at Belle Vue he made 84 appearances, scoring eight goals, many thumping headers from set plays. Having finished 13th in his first season, Rovers struggled in his second against a backdrop of off-field issues. Along with the likes of John Schofield, Colin Cramb and Ian Gore, Darren was part of the core of senior professionals who steered the club away from relegation, at least for a time. In June 1997 he was transferred to Bradford City for a substantial fee and helped them earn promotion to the Premier League in 1999. After playing for Portsmouth, West Bromwich and Derby County among others he moved into coaching, having a spell in charge of WBA before moving back to Rovers as manager last summer.

It took Lee some time to gain acceptance from Rovers fans, but his performances in some of the club’s darkest earned him a huge degree of respect and admiration. Arriving in 1994 from Hull City, he struggled to earn a regular place in the team, although the following season, 1995-96, he played a lot more games. It was really during the dire 1997-98 season when, as one of the few experienced professionals at the club, he emerged as a leader, moving from midfield into a defensive role. He missed only two games in that season, as Rovers were relegated from the Football League with only 20 points. The following two seasons he helped Rovers to stabilise in the Football Conference and was in the side that won the Conference’s League Cup in 1998-99. In all he made 227 senior appearances for Rovers.

A larger-than life character and a real fans’ favourite, Colin had a brief spell with Premier League Southampton before moving back to his native Scotland. It was from Hearts that he joined Rovers in December 1995 and he soon made his mark, scoring seven League goals in his debut season. Following the departure of Graeme Jones, Colin became Rovers’ main striker in 1996-97 and he responded by scoring 21 times in all competitions, his goals going a long way to ensuring that Rovers maintained their Football League status, at least for one more season. He also saved a penalty in a match at Chester after goalkeeper Dean Williams had been sent off. In July 1997 he was sold to Bristol City, part of an exodus of senior players from the club. He went on to enjoy a nomadic career with spells at Crewe Alexandra and Shrewsbury Town as well as playing in the USA, Netherlands and Scotland.

Test your knowledge of Rovers 2018/19 goalscorers


Test your Rovers knowledge by naming all the goalscorers from our 2018/19 season. It was only last season - can't be that hard, can it?


Rovers sealed promotion back to Sky Bet League One on April 8 2017 - and to mark the anniversary the club are releasing a gallery of never-before-seen images from the day. 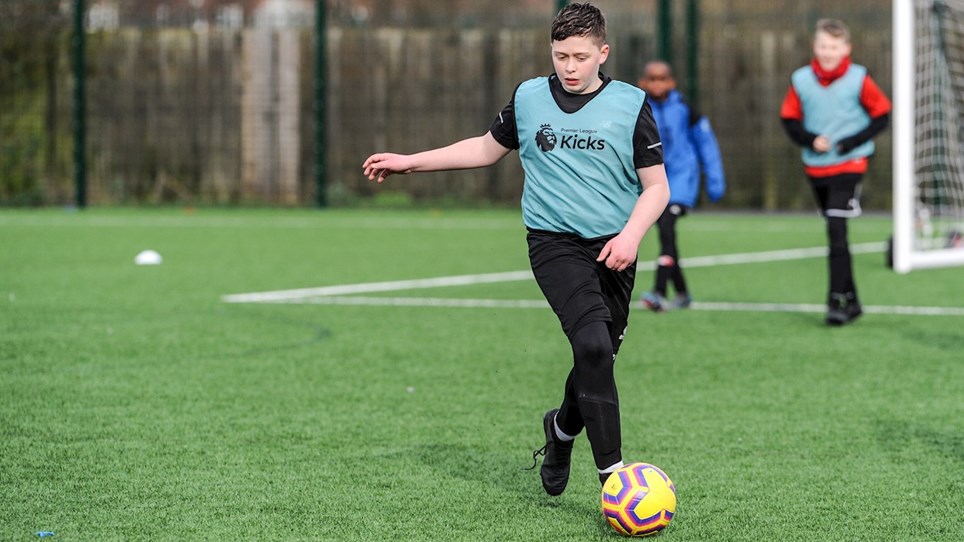 
The team from the Foundation’s Premier League kicks programme have been creating football drills for young fans to try in their gardens as they take their free football sessions online.

Rover of the Day: Aaron Taylor-Sinclair