Voting for Rovers stand out player of the 1980s is now open to supporters and the player will be inducted into the Hall of Fame at our upcoming match against Wycombe Wanderers on February 29.

Colin Douglas, Glynn Snodin, Ian Snodin, and Alan Warboys are already inducted from this decade but Rovers supporters can choose who should join them from the short list below.

The six-man shortlist had been compiled by club historian John Coyle and supporters can select their favourite via the widget at the bottom of the page.

Read about the nominees below:

Brother of England international Brian, Alan was a combative midfielder who joined Rovers from Barnsley during the 1979-80 season. After initially struggling, his whole-hearted displays and no-nonsense tackling soon endeared him to the Belle Vue faithful. He was the ideal foil for the young players which manager Billy Bremner brought into the Rovers team- the likes of the Snodin brothers, Daral Pugh and David Harle. Alan was seen at best effect during the Rovers 1980-81 Division Four promotion season, when he was the driving force behind the team, also contributing seven goals. A serious knee injury ended his season early and he was never again quite as influential. He went on to play for Torquay United and Halifax Town among others, and later moved into management.

Glasgow-born Billy had spells with Everton and Celtic before Billy Bremner signed him for Rovers in the summer of 1979. He quickly established himself at right-back, where his marauding runs made him a firm crowd favourite. He was an ever-present during the 1980-81 promotion season and three years later, when Rovers again gained promotion to Division Three, he contributed six goals. Later he played for Scunthorpe United and Rotherham United before taking up a coaching role with Hull City. His 285 senior outings for Rovers place him 12th on the all-time list of appearance makers.

Doncaster-born Mark spent time at Manchester United’s academy before joining his local team as a youth player. A versatile player who could operate as a striker, midfielder or full-back, he was a member of the Rovers Youth team that reached the 1988 FA Youth Cup Final before eventually bowing out to Arsenal. He enjoyed his most productive season in terms of goals in 1988-89, when he played in every League game and scored 11 goals in what was otherwise a pretty depressing season for Rovers’ fans.  In January 1992, with Rovers in desperate financial straits, he was sold to Wolves for £70,000. Later he played for Preston North End, Sheffield United and Tranmere Rovers. His nephew, Danny Rose, has been a recent England international.

Locally born Steve was one of several young players given an opportunity to shine by manager Billy Bremner in the late 1970s and early 1980s. Steve took it with both hands, scoring 12 League goals from midfield in his first full season, 1979-80. Thereafter he operated more often as a central defender, still posing a threat from set plays. He was a regular in the teams that won promotion from Division Four in both 1980-81 and 1983-84 and took part in the 1985-85 FA Cup run that saw Rovers defeat top-flight side QPR. Subsequently he played for Scunthorpe United. With 272 senior appearances for Rovers and 30 goals, he was a major contributor to Rovers’ relative success in the early 1980s.

A classy left-back, Rufus was born in Derby but developed through Rovers’ Youth system under future manager Steve Beaglehole. Like Mark Rankine, he was a key member of the side that reached the FA Youth Cup Final in 1988, Rovers’ best performance in this competition. In what was a lean time for Rovers at first-team level, Rufus helped Rovers to reach the Northern Final of the Football League Trophy in 1989-90, where they lost to Tranmere Rovers just one step away from Wembley. In February 1991 he was transferred to First Division QPR for £150,000, the biggest fee received by Rovers until 2009. He went on to enjoy further top-flight spells at Fulham and West Ham United.

Boston-born Ian began his professional career at Sheffield Wednesday, where he had a useful scoring record. He joined Rovers at the start of the 1979-80 season and began a striking partnership with the veteran Alan Warboys which produced goals on a regular basis. In 1980-81, as Rovers achieved their first promotion since 1970 by finishing third in Division Four, Ian contributed 18 League goals, the best return by a Rovers player since Peter Kitchen left the club. Unfortunately, the following season he was hampered by injury which eventually forced his retirement from the professional game. His record of 34 senior goals from exactly 100 appearances remains a very respectable scoring rate. 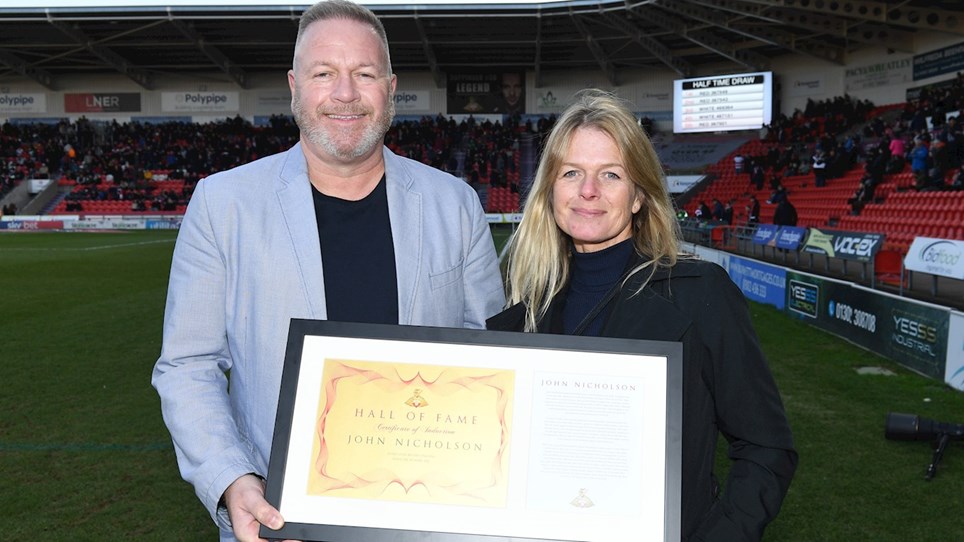 John Nicholson inducted into the Hall of Fame


On Saturday, John Nicholson became the 26th Rovers player to be inducted into the Hall of Fame. 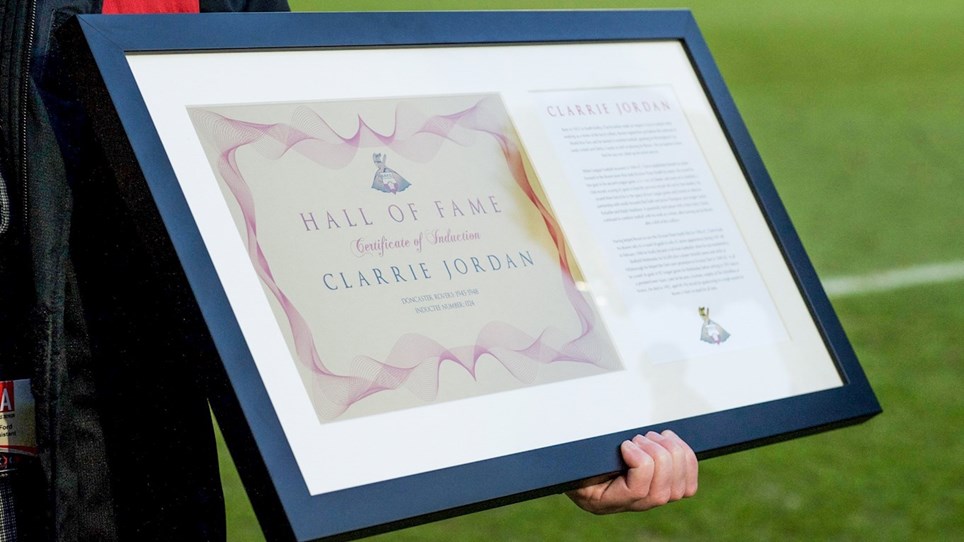 Clarrie Jordan inducted into the Hall of Fame


Clarrie Jordan became the 24th player inducted into the Hall of Fame on Saturday. 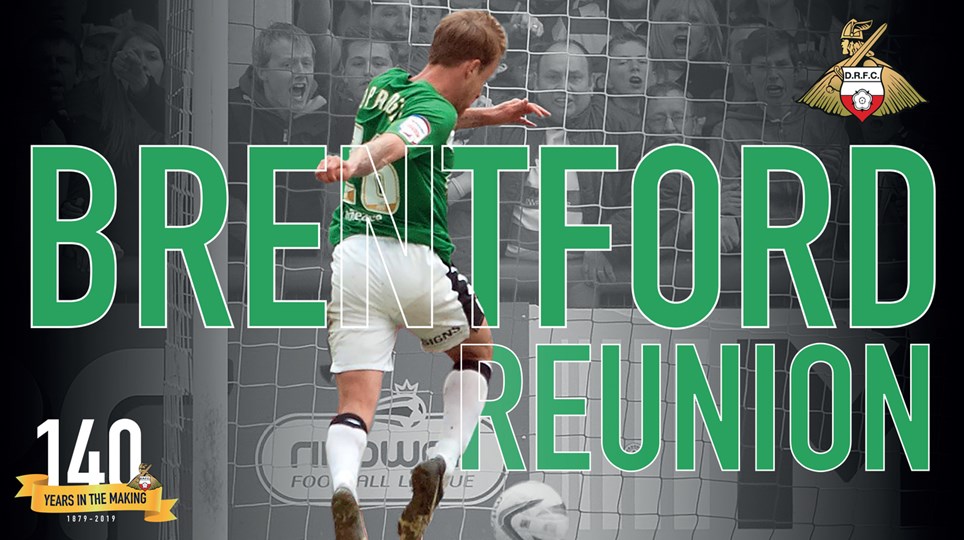 
On October 3 1879, Rovers played their first football match. A group of LNER workers, led by Albert Jenkins drew 0-0 in a friendly played at Rawmarsh.


Rovers supporters can relive a key step on the road to promotion in the 2016/17 season on Saturday, with a full replay of the memorable 5-1 win at Grimsby Town which all but secured a place back in... 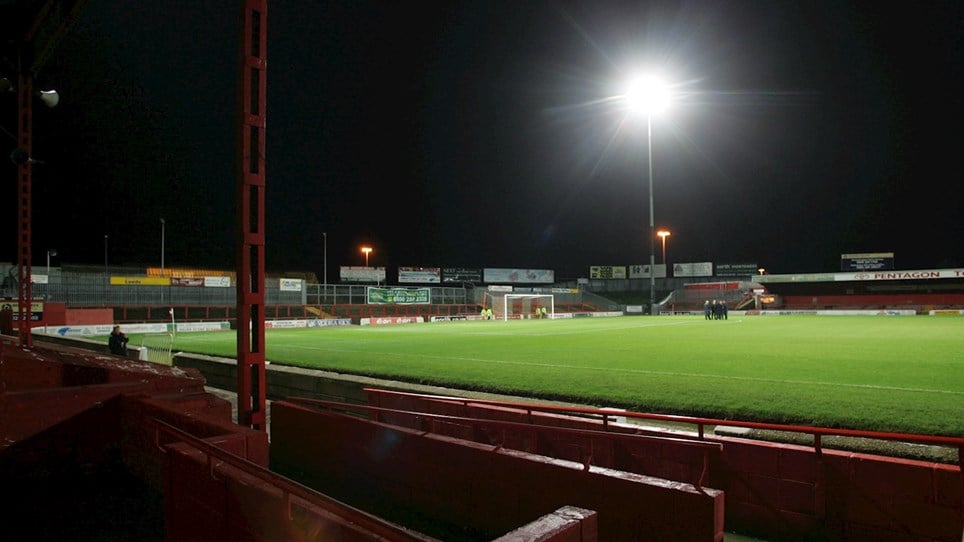