Last summer, Samuel and his friends began heard a story about a young person their age who had struggled with his mental health and had attempted to complete suicide – thankfully, the boy failed and has since received the support he needs.

They started fundraising with the moto “don’t’ bee worrying, get talking” and raised a massive £1606.48 for Hull and East Yorkshire Mind and attempting to raise a better understanding for the mental health issues which impact children’s lives. 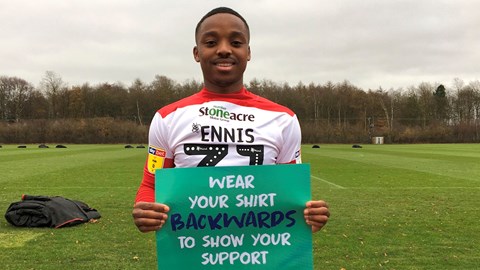 Samuel’s school - inspired by his great work – dedicated a lot of this week’s classroom time to learning about and supporting children’s mental health week. Being a Rovers’ fan, Samuel saw the recent EFL have your mates back campaign in which Joe Wright, Tom Anderson and Niall Ennis turned their shirts backwards in support of Mind. 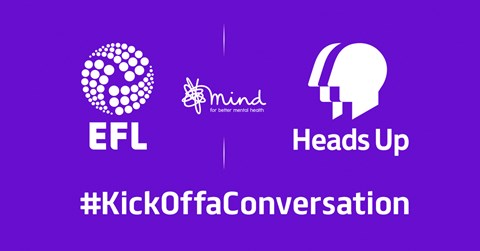 Football unites to kick off biggest ever conversation on mental health

Rovers will be supporting Mind’s Heads Up campaign on Saturday when they host Rochdale at the Keepmoat Stadium as football club’s unite to start the biggest ever conversation on mental health.

Need some pointers on how to start a conversation – head to the Club Doncaster Foundation website.