Rovers face the first of two away trips in four days when they travel to play Fleetwood Town in Sky Bet League One on Saturday.

Rovers will be looking to make it back-to-back wins after Tuesday's 3-1 victory at home to Southend United.

Fleetwood meanwhile played out a goalless draw at Highbury Stadium in mid-week against Coventry City. 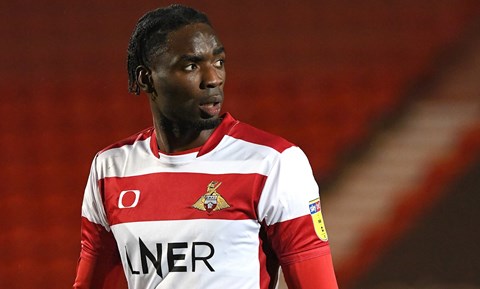 Cole 7/1 to score first at Fleetwood

Tuesday's draw with the Sky Blues was Fleetwood's fifth in six league games, with another goalless draw at Bristol Rovers being preceded by a 2-2 stalemate with Shrewsbury Town.

Their last win came on Boxing Day, winning 3-2 away at Rochdale thanks to Wes Burns' 89th-minute winner at the Crown Oil Arena.

They currently lie in 11th in the League One table, just two points and two places behind Rovers. 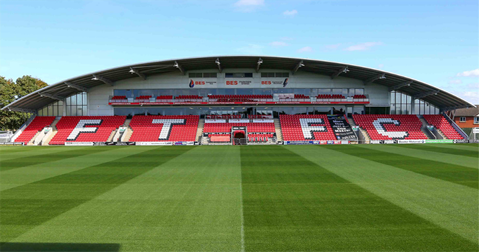 Joey Barton is the man in the home dug-out at Highbury Stadium, taking charge of the Cod Army in the summer of 2018 after retiring from professional football. Formerly of Manchester City, QPR, Marseille and Burnley to name a few, Barton is also a one-time England international, with his only game for the Three Lions' senior team coming against Spain at Old Trafford in February 2007. Barton led Fleetwood to an 11th-placed finish in League One last term, and he will be keen to see them push for the play-offs this time around.

The Welsh frontman signed a permanent deal with the Cod Army in the summer after spending the whole of last season on loan at Highbury. Evans scored 17 times in League One last season whilst on a temporary deal from Sheffield United, and after making his move to the Fylde coast alonger term one, he has since gone on to remain a key part of Joey Barton's plans and has also taken on the captain's armband during the current campaign.

The towering centre-half is on a season-long loan from Championship side Stoke City. Though he was born in Scotland, Souttar is eligible to play for Australia, and he got his international career off to the perfect start with braces in his first two games for the Socceroos back in October. This is Souttar's second loan spell at Highbury, having spent the second half of last season also with the Cod Army. Souttar has also played football in the country of his birth, featuring for Dundee United before spending time on loan away from the Potters once again, this time at Ross County.

The 36-year-old was brought in this January to add yet another experienced head to the Fleetwood midfield. After spending four years in South Yorkshire at Sheffield Wednesday, Irishman Whelan enjoyed a nine-year association with Stoke City before his move to Aston Villa in 2017. With Villa, Whelan enjoyed a Championship play-off final victory over Derby County at Wembley Stadium, helping them to promotion to the Premier League before he moved across the border to Hearts at the start of this season. The veteran midfielder played 91 times for his country, scoring twice.

Ross Joyce will be the man in the middle when the two sides meet on Saturday, and you can read more about him here.

It was Rovers who came away with three points when the two met at the Keepmoat Stadium back in August. Conor McAleny put Fleetwood ahead early on with a looping header before Cameron John equalised with a powerful drive that found the back of the net via the underside of the crossbar.

James Coppinger scored with a stunning curling effort into the top corner to ensure Rovers went into the break ahead, though Paddy Madden scored to level 10 minutes after the restart. Coppinger's 91st-minute free-kick would be the undoing of the Cod Army however, with his set-piece being misjudged by Wes Burns who inadvertently stuck his leg out and guided the ball into the far corner to hand Rovers the win. Watch the highlights from that game.

Fleetwood found joy the last time the sides met at Highbury however as they capitalised on Rovers' Christmas hangover on Boxing Day in 2018. Madden was again on the scoresheet as he opened the scoring on 11 minutes, before Ashley Hunter doubled the hosts' lead three minutes into the second half. Madden grabbed his second in the first minute of injury time to cap off a miserable afternoon for Rovers.