Darren Moore has challenged Tom Anderson to become the best defender in the league after the 26-year-old signed a new two year deal with Rovers. 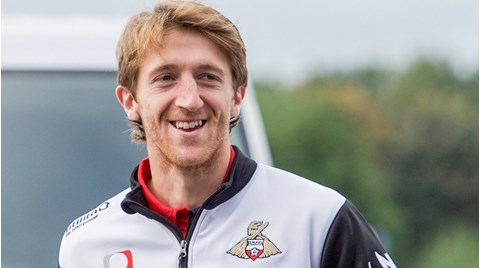 The manager was pleased to complete his first bit of January business as Anderson committed himself to the club until the summer of 2022. This signing followed the news that captain Ben Whiteman put pen to paper on a new three year deal in December.

“We’re delighted that Tom has agreed to extend his contract with us,” said Moore.

“Tom is a robust, no nonsense centre back but if you give him a bit of a time and space he’ll play forwards. Sometimes, Tom makes things look easier than they are because he’s mentally switched on.

“He shows leadership in his performances and gives us a solid foundation to build on. He’s reliable and he’s 100% committed to the football club. Those are the kind of players that we want here. I’m sure all the staff, the players and the supporters will be delighted to see him extend his stay here.”

Now that the deal is completed, Moore believes Tom must focus on improving his overall performances which will ultimately help to improve the team.

“Tom has probably been one of the most consistent performers this season. He’s been a tower of strength for us and long may that continue,” added Moore.

“For him, he has to mark himself as one of the top central defenders in this league - that has to be his target and what he’s looking towards. If you’re going to operate at this level, you have to be the best at it.

“I’ve seen improvements in him, but he can get even better. It’s all about consistency for Tom. If you get that consistency, it allows you to make that step up.”