Rovers suffered a 1-0 defeat to high-flying Coventry City as they were unable to make a good second half display count at the Keepmoat Stadium.

It was the quintessential game of two halves. While Coventry City had the best of the first period and took the lead through Jordan Shipley, Rovers’ second half performance was much improved. The home side’s one-touch football around the box was scintillating at times and they created numerous chances - with Ben Sheaf, Ben Whiteman, and Jon Taylor all having shots blocked - without forging a clear cut opportunity.

Darren Moore made one change from the side that beat Bristol Rovers on the previous weekend with James Coppinger – who was celebrating his 39th birthday – replacing Madger Gomes in the starting XI.

Mark Robins made four changes to his side that had played Bristol Rovers in midweek with Shipley, Dabo, Sam McCallum, and in-form striker Matt Godden all coming into the team.

The Skyblues – who came into the game unbeaten in four – looked full of confidence and boasted the majority of possession in the early stages.

McCallum’s impressive volley from a corner was blocked en route while Liam Walsh’s follow up from distance blazed over. McCallum went close again when Tom Anderson’s clearing header fell kindly to him at the edge of the box - this time he fired over the bar. Shipley probably should have done better when a ball through him left him one-on-one with Seny Dieng. He effort was straight at the keeper.

Rovers’ first chance came from a free kick. Brad Halliday’s determination and aggression meant he won back the ball before being taken out just outside Coventry’s box - Jon Taylor’s dead ball effort was into the wall.

The visitors took the lead in the 26th minute when their No.26 fired from about 26 yards. Shipley was afforded space, picked his spot and fired a thunderbolt across Dieng just inside the keeper’s left post.

Rovers’ defence continued to be asked questions with key interceptions by Reece James along with clearing headers from Joe Wright and Anderson preventing the Sky Blues crosses from finding their intended targets.

Taylor was given another chance to whip the ball in from a free kick, this time it was Ben Whiteman was floored outside the box. Taylor’s outswinger was dangerous but finished with a goal kick. Ben Sheaf’s clever ball around the corner found Whiteman, whose ball into the channel was met by Halliday’s surging run. His cross was good but Sadlier was beaten to it in the air and the Ireland Youth International found himself heading the skull of the defender instead of the ball. A bloody nose required treatment and full change of kit for the no.7 before he was allowed to return to field.

The resulting corner did end up in the net, but referee Marc Edwards had already blown his whistle for a foul in the box. That moment seemed to have given Rovers a lift and they finished the half in the ascendancy.

James’ left-footed half-volley required a goal-saving block from the Skyblue’s defence after Taylor’s driving run had the visiting defence on the back foot and Rovers could count themselves unlucky not to win a penalty when Niall Ennis’ turn got the better of his marker who dragged the young striker down in the box.

James’ cross was headed out for a corner and Taylor’s ball in was almost met by the head of Sheaf who was unfortunate not to claim his first goal in a Rovers’ shirt.

Sadlier was unable to continue in the second half and was replaced by Rakish Bingham who seemed full of confidence after his excellent cameo appearance the previous Saturday.

Once again, it was the visitors who got off the mark quicker with Rovers defenders blocking shots from Godden and Callum O’Hare, but Rovers settled into the game and began to press again.

Their first big chance came when Rovers countered in numbers – Whiteman’s ball out to Coppinger was perfectly weighted and the no.26’s cross was dinked neatly over the keeper – some excellent defending by Michael Rose meant he was able to head over the bar and away from danger.

Great footwork by Bingham freed him up in the middle of the park – his ball out to Taylor gave Rovers’ no.10 opportunity to drive into the box his shot was saved by Marko Marosi - Marosi was tested again soon after when Bingham went alone.

Sheaf had two efforts thwarted – the first a blocked side-footer after Coppinger’s clever cutback found the no.6 making a good run from deep and the second a more speculative effort from distance which was saved. Whiteman also had a volley blocked and Taylor’s scuffed shot from the edge of the box almost wrong-footed the visiting keeper in what was a dominant period for the men in red and white.

Rovers did not have things all their own way, however, and the visitors almost doubled their lead when O’Hare’s effort rattled the post in one of Coventry’s rare ventures outside of their own half in the second period.

James had another effort blocked, Bingham was inches from heading home from a Coppinger cross, and Rovers had another penalty claim waived away as Dabo used his arm to control the ball in his own box.

Rovers had a final opportunity from a free kick in the closing stages, but James’ effort was over the bar. The visitors saw out the five minutes of added time to hand Rovers their first defeat of 2020.

Sedburgh School join with Club Doncaster for stadium tidy up


Students and staff from Sedbergh School undertook a full day of work which included the pupils from Evans House helping to keep the surrounding area to the Keepmoat Stadium tidy. 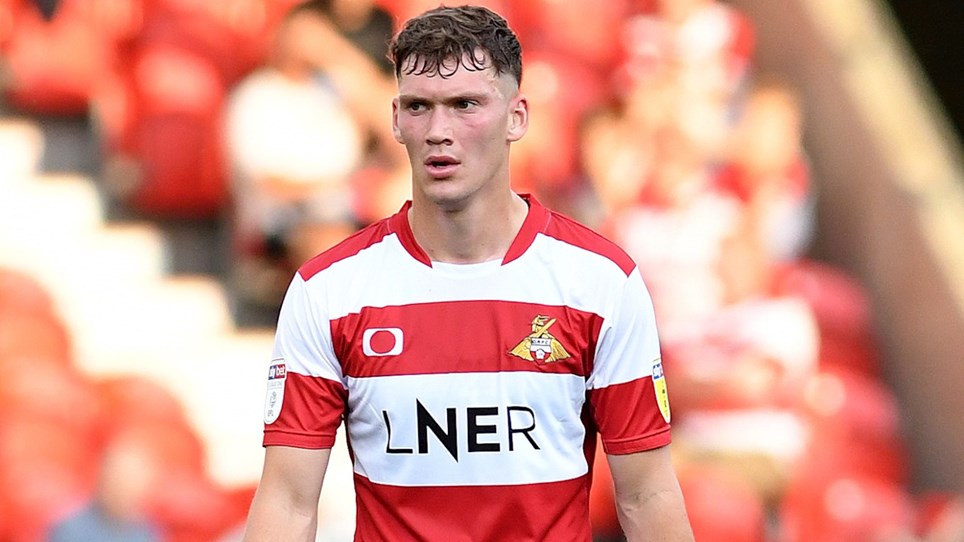 
Joe Wright says Rovers need to learn their lesson quickly after falling to defeat at Shrewsbury Town in Sky Bet League One.

Moore has no complaints with result