Rovers suffered a 1-0 defeat to high-flying Coventry City as they were unable to make a good second half display count at the Keepmoat Stadium. 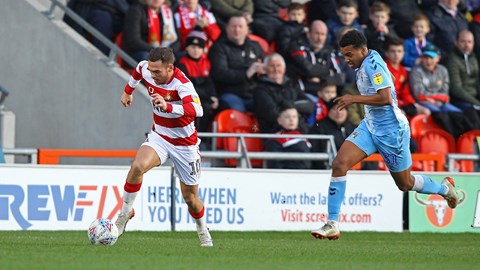 It was the quintessential game of two halves. While Coventry City had the best of the first period and took the lead through Jordan Shipley, Rovers’ second half performance was much improved.

The home side’s one-touch football around the box was scintillating at times and they created numerous chances - with Ben Sheaf, Ben Whiteman, and Jon Taylor all having shots blocked - without forging a clear cut opportunity.