Rovers continued their impressive record on the opening day of a new year by condemning Oxford to only their second loss in Sky Bet League One since early November. Rovers came under plenty of pressure but excellent defensive display – which included two goalline clearances - ensured Rovers took the three points.

Darren Moore made two changes to his side that started four days earlier against Sunderland, with Madger Gomes and Cameron John replaced by James and Ben Sheaf.

Oxford United made five changes to their side which defeated AFC Wimbledon on the weekend. The U’s came into the game on the back of three consecutive wins. Their confidence was high, and they had an early opportunity to take the lead when Shandon Baptiste weaved his way between the Rovers’ defence and let fly just wide of the far post.

Both sides were afforded early opportunities from free kicks. Matt Taylor headed wide for Oxford while it was Tom Anderson who nodded off target for Rovers.

Rovers had to withstand a period of pressure from the men in yellow but restricted them to pot shots and efforts from distance.

Chris Cadden tried his luck from 20-yards, but his shot was always curling away from Seny Dieng’s goal. Joe Wright was on hand to clear a dangerous cross from James Henry and Henry shinned the ball wide after Rovers failed to clear the danger from a set piece.

With the early pressure dealt with, Rovers created a couple of chances. The ball fell kindly to Sheaf at the edge of the box he chose to chip the ball forward to Niall Ennis but the Wolverhampton Wanderers loanee was flagged offside. Sheaf’s efforts sparked a period of pressure for Rovers.

His tenacity saw Rovers win battles in midfield which put his side on the front foot – there was plenty of good wide play for the home side, but their crosses were mostly cut out. The best chance of this period of pressure came via James Coppinger who dug out a cross toward the back post and a waiting Kieran Sadlier. Rovers leading goal scorer was unable to connect.

Rovers had another good opportunity when Coppinger’s clever lay-off found Ennis in a pocket of space between the U’s centre backs but he pulled his shot just wide. Ennis continued to find space in this area and was given the same opportunity a few moments later. This time John Mousinho did just enough to put the young striker off and the shot was easily saved by Jordan Archer.

Rovers took the lead just after half time. They had been beginning to see more and more of the ball in midfield and an excellent bit of quick passing play in the middle of the park gave them space on the wings.

Whiteman’s through ball might have been meant for Ennis but it missed the striker (and all of the U’s defenders) to find James who was sprinting to join the attack. He adjusted the speed of his run to allow him to shoot first time – he shot across the keeper and found the inside of the post.

Rovers still had plenty of defending to do - it took a brave block by Sheaf to stop Henry’s effort from distance and Anderson was in the way to make three important clearances from crosses.

The home side caused their own problems just before half time when a misplaced pass out of the back gave Baptiste chance to drive at the Rovers goal. His effort was deflected wide for a corner – the corner was played to Mark Sykes who sent the ball wide of the mark.

Sadlier almost had the final say of the half – a ball cleared forward found him virtually alone in the Oxford half. He was roared on by the home crowd who have seen him create magic from these positions before. This time he was thwarted by smart defending from the U’s skipper Mousinho.

There were no changes for either side at the break and Rovers stared the brighter. Sadlier and Ennis linked up well but were eventually muscled out by an experienced Oxford backline while Whiteman’s shot from the edge of the box was blocked well by Alex Rodriguez.

At the other end, Tarique Fosu whipped a cross towards the back post which was cleared by James and sent a free kick over the bar from just outside the box while Baptiste had a shot blocked at the edge of the box by Wright and a combination of Wright and Sadlier did just enough to put off Rob Dickie from a corner – the centre-backs header looping comfortably into Dieng’s hands.

Oxford’s best chance of the match game just after the hour mark. Dickie’s header looped up towards Taylor whose headed effort connected with the post – the ball seemed to dribble towards the line was somehow cleared away by James before Josh Ruffles could tap in.

Max Watters came on in place of Taylor – and his first contribution to the match was a bursting run down the right and smart cross right in the path of Ennis. The Wolves loanee couldn’t sort his feet out in time to direct the ball goalward and while it found its way to the back post, Sadlier wasn’t able to reach it and toe it into the net.

Watters had a chance to go it alone soon after – he got the best of left back Ruffles, but his shot lacked the power it needed to really trouble Archer. He continued to cause the opposition some trouble and Henry was booked as he hacked the 20-year-old down about 25 yards from goal. James’ free kick was directed to Sheaf at the back post but the Arsenal loanee was eased out at the by-line.

With 10 minutes remaining, Oxford began to dial up the pressure. Mousinho headed on target for the visitors but while it dipped awkwardly – Dieng read it well and Taylor hit a thunderbolt from the edge of the box – it got the better of Dieng but not of Wright who seemed to appear from nowhere to hook it off the line.

The visitors incurred the wrath of the home fans for failing to give the ball back to Rovers after the home side kicked it out to allow the physio on to deal with an injury to Watters. The team in yellow passed the ball to a crescendo of booing until Dickie fired wide from 30 yards much to the delight of 6,000 Rovers fans.

This injury helped contribute to a massive seven minutes of added time. Oxford had chances to snatch a point at the death - Dickie headed narrowly wide from a cross, and a corner in the final minute of the seven saw Archer join the attack but Baptiste’s ball in was into the hands of Dieng. 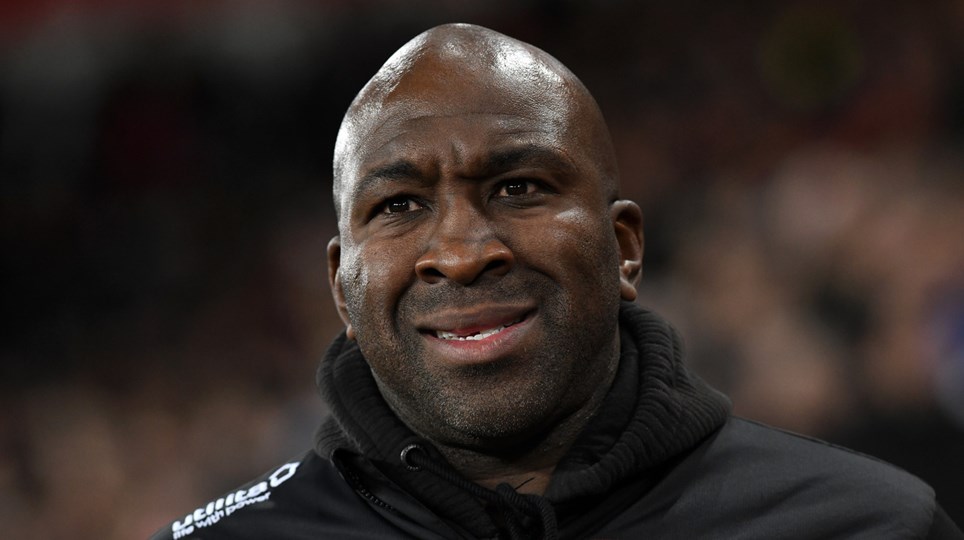