Rovers battled to a deserved point at promotion rivals Sunderland, and could have claimed an impressive win had they made more of a good first half. 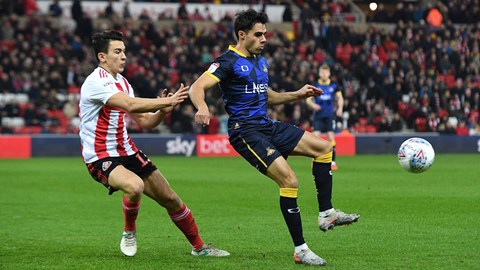 24 January 2020
Rovers were the better team in the opening period, with Madger Gomes, Niall Ennis and Jon Taylor all having chances.
Darren Moore's men had to dig in more in the second half, but Tom Anderson and Joe Wright were immense at the back - with Seny Dieng stepping up to block Duncan Watmore's late close-range effort deep in stoppage time.