Darren Moore challenges Danny Amos and Louis Jones to aim for first-team places after the pair committed their future to Rovers.

Manager Moore reiterated his stance that players who are good enough are old enough for his teams and he expects both Amos and Jones to be fighting for places in the starting XI in the upcoming campaign. 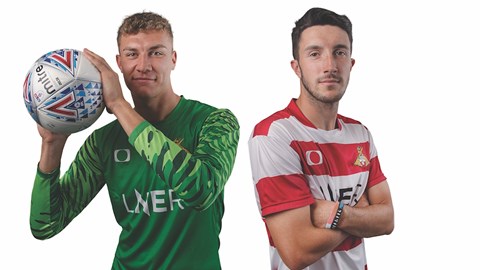 “I’m glad he’s signed and that he sees his future in our first team. He’ll be working tirelessly with goalkeeping Paul Gerrard to make those final steps and showing the consistency needed.

“We’ve identified him as having all the attributes needed to be the number one. Ever since the first day I stepped in, he has impressed me. When he trains with the first-team he doesn’t look out of place and he’s getting stronger and stronger by the day.”

Rovers fans saw more of Amos towards the tail end of the curtailed season as he came in as a replacement for the injured Reece James and Moore expects the Northern Ireland youth international to keep pushing James for his spot.

"Whenever we called upon Danny, he stepped in and produced and I’m really pleased he’s on board,” Moore added.

“When he comes back in the new season, Danny isn’t coming back as an U23s player – he’s coming in to really challenge Reece James for that left-back spot and as far as I’m concerned I’ve got two left-backs who are competing.

“We’re not looking upon him as a young player coming through. He’s shown us that he’s more than capable and another year on, he’s got stronger and he’s coming back this term with a different attitude. It’s good for us and Danny will provide competition.”