The youngsters were ten points clear at the top of the table when the season was curtailed due to the COVID-19 coronavirus pandemic. In line with other EFL leagues, the Youth Alliance League has been concluded using an unweighted points per game system which puts Rovers as champions.

In December, the league looked to be slipping away from the young Rovers teams who were only a few points ahead of both Scunthorpe United and Rotherham United who had several games in hand, but five consecutive wins after Christmas ensured Paul Stancliffe's side had secured a comfortable lead when the season was curtailed. 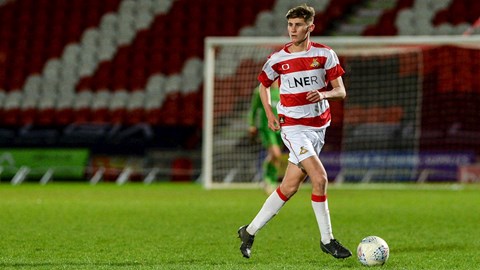 Skipper Ben Blythe, who recently signed his first pro-deal at the club, said: “It’s great that we’re champions. I think we’ve had a very strong season and we played some really good football.

“Paul Stancliffe and the coaches played a big part - developing us all as players. I was delighted to be the captain - to win the trophy was just a bonus.

“It was quite close at Christmas and we knew to give ourselves a chance we had to concentrate on ourselves and forget about everyone else and thankfully results went our way.”

Head of Academy coaching Steve Welsh added: “For a lot of the season, we had a number of the U16s stepping up so it really is a great achievement.

“It was a sore one last year losing out on the final game of the season so, even though the points per game isn’t perhaps the best way to win the league, from what I’ve seen they were consistently the best team.

“The lads have been a credit to themselves and the football club. The way they applied themselves in training and in games will only serve them well going forward. It doesn’t matter what level of football you’re playing - whether it’s Premier League, Sunday league or youth team – to be the best among your peers is a fantastic achievement so it’s something we should all be very proud of.”