Vincent, Bethany, and Abigail have been awarded the top three places for their imaginative and impressive designs in the LNER colouring competition.

Young Rovers fans were given the chance to win one of three brilliant prizes by colouring in a Rovers and Azuma themed picture. Lots and lots of fans took part in the competition which was run in partnership with LNER and Donny Dog spent a long time looking at all the entries on Twitter and via email.

They were all so good, he struggled to make up his mind but, in the end, he chose Vincent as the winner with Bethany and Abigail as deserving runners up.

Vincent’s LOVE stadium and train! He wanted to do his picture a rainbow theme to reflect all the lovely rainbows in windows around the country and make it bright, colourful and positive 🌈 🥰 #DRFCLNER @LNER @drfc_official pic.twitter.com/mFHcC3sKEU

Vincent’s design was creative and included glitter, bumblebees, and rainbows and is a deserving winning entry. 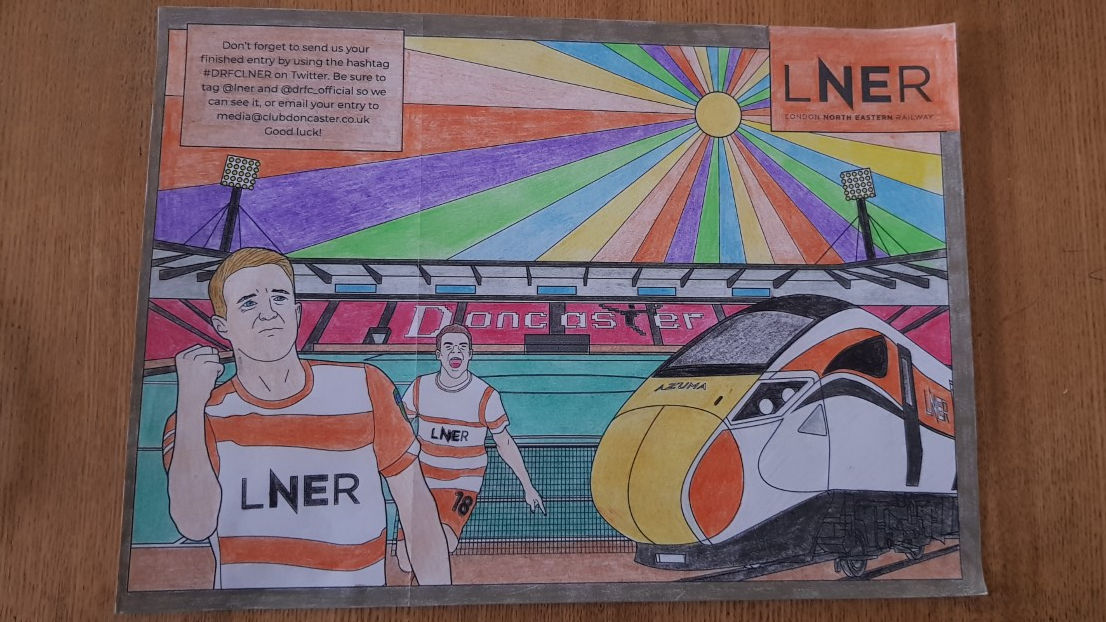 Abigail’s completed picture was really neat and used loads of great colours – it made me miss being in the stadium with the players and crowds. 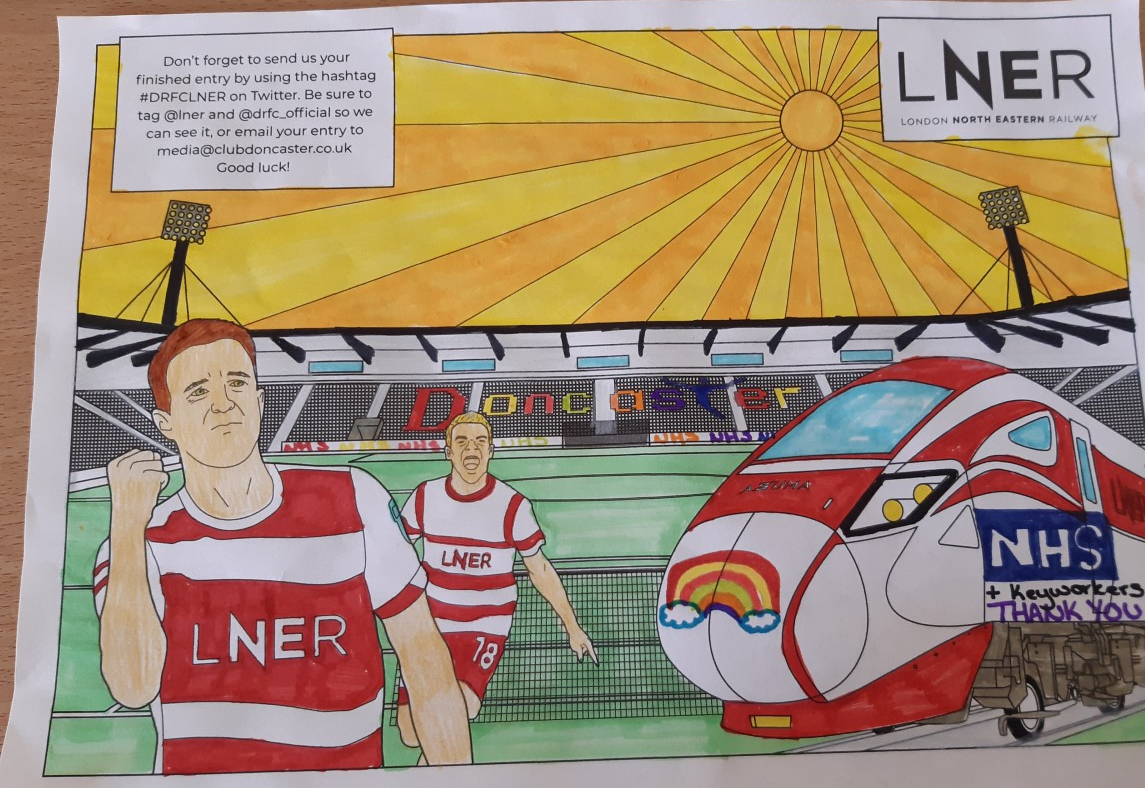 Bethany added lots of extra detail including a Thank You NHS sign and a rainbow which really made the picture stand out.

Well done to everyone who took part!