Saturday’s match against Shrewsbury Town has been postponed due to Rovers receiving three international call-ups. 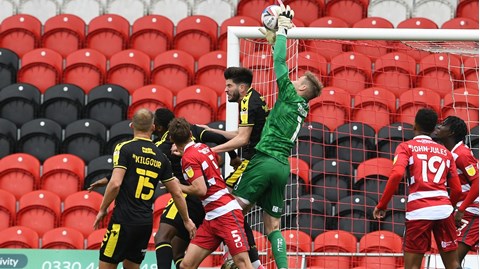 Bursik and John-Jules called up for England duty

The left-back will join the Northern Ireland U21s squad on October 5 with UEFA U21 European Championship qualifying matches due to be played on Friday (Finland) and Tuesday (Ukraine).

All three players will miss Tuesday’s EFL Trophy match against Oldham Athletic which will be played as normal.

Details of the rearranged match against Shrewsbury Town will be confirmed in due course.