Charlie Seaman is hoping to impress Darren Moore after joining Rovers on a one-year deal.

The right-back heads straight out on loan to Vanarama National League south side Maidstone United, and is hoping regular game time there will ensure he’s ready to play for Rovers when needed. 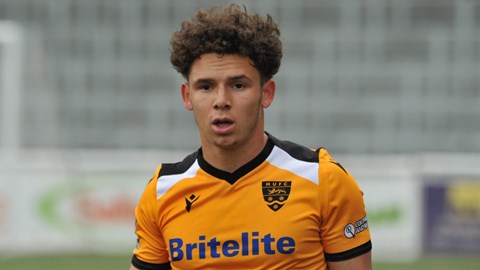 He said: “The loan is a good thing for me as it allows me to play plenty of football and getting my match fitness up.

“I’m still young but I feel I’ve played a decent amount of games, for me I need a full season of showing what I can do.

“I’ve spoken to the manager a lot and he sees me progressing here and to hear that meant a lot and I want to impress him.”

After impressing on trial throughout pre-season, Seaman has enjoyed being part of a settled group at Rovers.

He added: “The coaches and players have been really good with me, it’s a fairly young group and that has helped me to settle.

“As soon as I came in everybody wanted to help me and that’s all you can ask as a new player.”