Rovers claimed their first three points of the season in style as goals from Madger Gomes, Tyreece John-Jules, and an own goal by Charlie Barker earned them a 3-1 win at The Valley.

Gomes made it two in two for Rovers in the league with a strike from distance in the first half, before Barker smashed the ball past his own keeper just two minutes into the second to give Rovers a good advantage, while it was a piece of individual brilliance by Arsenal loanee John-Jules which saw him open his Rovers account in style with an hour on the clock and more-or-less put the game to bed.

Washington got one back with around 20 minutes to go but it was too little too late, and Rovers took the three points.

Darren Moore named an unchanged side from the match a week earlier against MK Dons.

Rayhaan Tulloch had an early chance after some good build up between Taylor Richards, Jon Taylor and John-Jules and it was that combination that linked up again just minutes later for Taylor to unleash the first shot in anger. The no.11 struggled to keep the effort down ant it flew into the 1,000 Charlton fans behind the goal.

Taylor registered another shot minutes later – this one was on target, but Ben Amos got down well to deny the winger at his near post.

If the first ten minutes had belonged to Rovers, Charlton certainly had the run of the next 15 and Tom Anderson and Joe Wright were kept busy as they held the home side at bay.

Alex Gilby looked the most likely for the home side but he failed to convert two good chances in quick succession – the first he was inches from turning in Conor Washington’s cross at the far post while the second, arguably better chance, saw him force a good save from Josef Bursik down to the keeper’s right.

Charlton should have taken the lead from a corner which dropped to Macauley Bonne, but the striker somehow guided his chance wide. Defending the corner was West Bromwich Albion Rayhaan Tulloch’s last action of the game – he picked up an injury which forced him off to be replaced by Jason Lokilo.

Lokilo was straight in the action. A misplaced ball out of the Addicks defence was played straight to the Belgian which put Rovers on the front foot. It eventually dropped to Gomes who did exactly what he did against Blackburn Rovers and MK Dons and struck from distance wrongfooting the keeper.

The goal swung the game’s momentum back in Rovers favour with Richards going close from a free kick, John-Jules nearly nicking the ball off Amos after a back pass and Ben Whiteman curling an effort from distance narrowly wide.

And it was Whiteman who registered Rovers best chance of the closing stages. More good passing play around the opposition box meant space opened up a first-time strike for the skipper – he caught it well, but Amos was equal to it.

Rovers doubled their advantage soon in the second half. On the front foot from off, Rovers tenacity led to Whiteman picking the ball up in an unusually wide position for the skipper. He sent a wicked cross skipper across the front of Amos’ goal which was sent rocketing into the net by Barker.

And it was another Charlton player who provided Rovers next chance – Jake Forster Caskey’s chest back to his Amos probably carried most pace than his goalkeeper might have wanted but he managed to gather it.

Rovers continued to press for more, but with players committing they started leaving a bit more space behind them which the home side looked to exploit. The home side turned up the pressure and Darren Pratley should have capitalised when he was given a free header, but the ball was just behind him and he sent it wide.

Despite the increasing pressure from Charlton – it was Rovers who were to get the next one thanks to an incredible piece of individual skill by John-Jules. The youngster put his foot on the ball in the box – waited for his defender to set himself before slipping it through his legs and finishing the move in spectacular style.

With twenty minutes to go, Washington pulled one back for the home side. The ball seemed to fly back and forth in front of Bursik’s goal until the number 14 headed on target. Washington was close to a second just minutes later – his shot from the middle of the box was smashed wide.

The Northern Ireland international’s next chance was an excellent one. His chested control seemed to have set him up for a one-on-one with Bursik, but Anderson appeared out of nowhere to make a perfectly timed challenge to deny a shot.

The match was wide open in the final 20 minutes but neither team was able to test the keeper and despite Gilby hitting the bar with what was almost the final kick of the game, Rovers were able to see out the final minutes to register an excellent first win of the 2020/21 campaign. 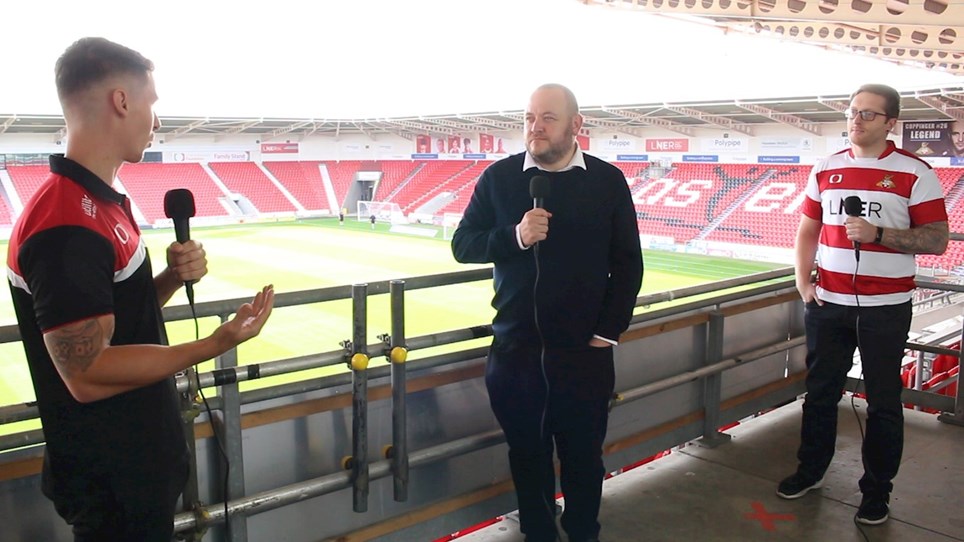 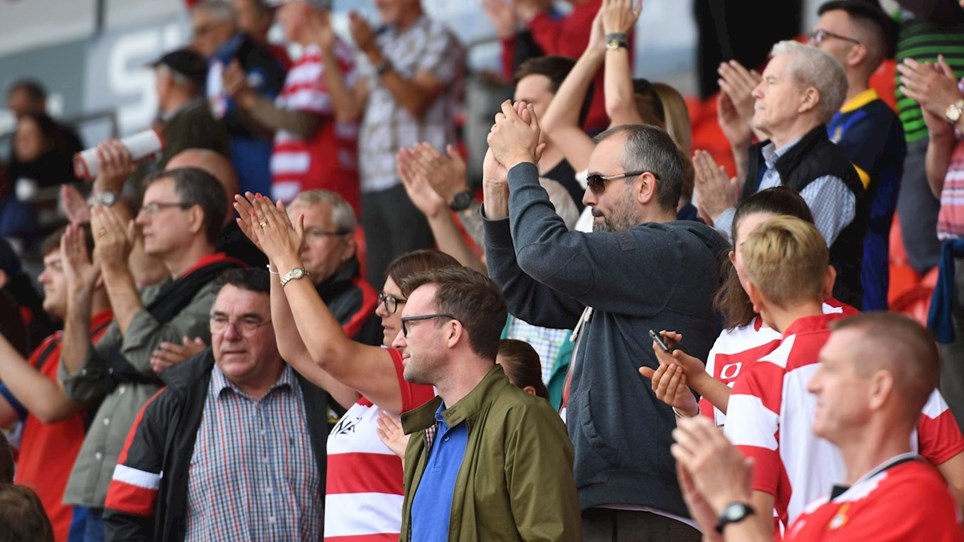