Reece James believes that Charlton Athletic were unlucky to be relegated last season and expects a tough test from the Addicks when Rovers travel to The Valley on Saturday.

The Addicks had a solid start to life back in League One beating promoted Crewe Alexandra 2-0 at Gresty Road on the opening day.

“I think they’ll be a very good side - you’ve seen that in the first game,” said James.

“They’ve got a lot of good players and management. Last year I thought they did really well, and they were unlucky to get relegated.

“It’ll be a tough test, but we’ve got to make sure we’re not just there to make the numbers. We’ve got to go at them and try and get a good performance and a good result.” 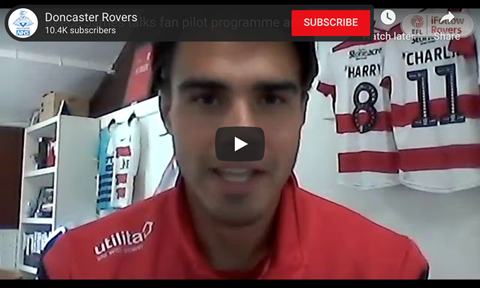 It was revealed on Wednesday that this game would be one of ten EFL fixtures which would allow 1,000 supporters to attend and James said it was nice to feel like football was taking a step closer to normality.

“It’s been quite a strange feeling to play games behind closed doors, but I think seeing fans back in the stadiums is a massive plus for everybody in the sport,” he added.

“It’ll feel completely different from the games that have been going on so far. Just seeing people in the crowd will be a massive plus. I know a lot of people will be chomping at the bit to be part of that.”