Darren Moore says his side are looking forward to their first competitive home match since February.

Rovers welcome Stuart McCall’s Bradford City to the Keepmoat Stadium on Tuesday evening for the first group match of the EFL Trophy having met just three weeks ago in a pre-season friendly. 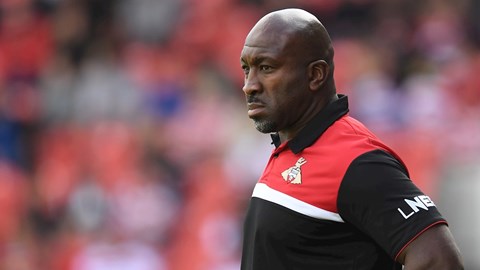 “Both teams had a good look at one another in pre-season,” said Moore.

“Stuart’s got them well organised and well drilled. They’re an energetic team, they're a fit team, and they’ll ask you questions. They’ve got two lads up top that will cause you a handful.

“We know Bradford are a good team. They’ve been getting progressively better over the pre-season programme a bit like ourselves. I fully expect them to be at the right end of the League Two table this season with the squad they’ve got and the experience they’ve got." 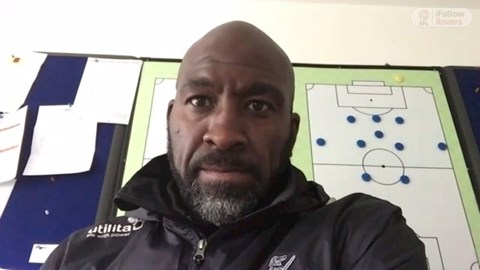 WATCH | Moore speaks to the press ahead of EFL Trophy

Rovers played their first game at home on Thursday afternoon when they welcomed Manchester United’s U23s side to the Keepmoat Stadium and Moore was quick to praise the quality of the playing surface.

“Big praise has to go to the groundstaff for getting the pitch ready in time,” he added.

“The pitch is excellent. The groundstaff had done great work with it in terms of getting the top layer off, getting it seeded and getting it down in the space of time.

“They’ve worked extremely hard and it was great to see. The way the pitch the played, the way the ball moved on it was excellent so credit to the ground staff, credit to the team. We’re very thankful for it.”