Darren Moore says it was good to get more minutes into his players after they beat Manchester United U23s in a pre-season friendly.

Moore’s side ran out 5-0 winners at the Keepmoat Stadium, and the manager says it was a good way to prepare for the competitive season to really get going.

He said: “It was a good workout for us, we wanted to work on some of the principles of our play and we managed to do that. 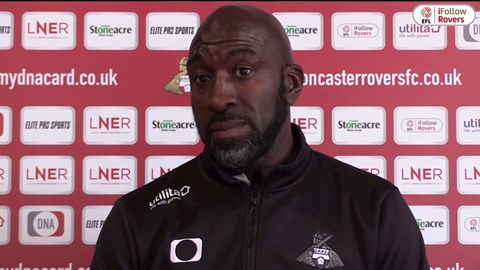 “They gave us a tough test in the EFL Trophy last season and we knew they would come to play but we managed the game well.

“Most players got 45 minutes or more which is good to keep them ticking over ahead of two games next week.”

With the new league campaign a little over a week away, Moore believes his players will be as ready as they can be when hosting MK Dons on September 12.

He added: “The work has been so important during this pre-season campaign, with a shortened period we’ve had to make the most of every day.

“We’re managing the situation as well as we can, there has been a serious amount of concentration in our work, we’ve had to treat every friendly game as a competitive one.”