Taylor Richards says playing in different positions will develop his game during his loan-spell with Rovers.

The Brighton loanee has played in a defensive midfield role in his first two games in a Rovers shirt, and he believes learning that position will bring out the best in him.

He said: “I feel comfortable playing in different positions, wherever the gaffer wants to put me I know I can do a good job.

“I know that playing in a more defensive role would develop my game and make me a more complete midfielder. 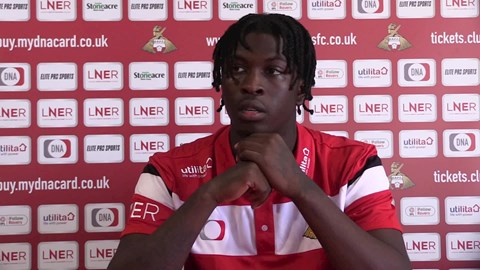 “With the quality we have in the squad and the manager leading us I have no doubts that we can achieve something this season.”

Richards provided an assist for Rovers’ first goal in the 5-0 win over Manchester United U23s on Thursday, and says the game was a good one to bring their pre-season campaign to an end.

He added: “I think it was a good game for everyone to get minutes in the legs, I got another 45 working towards Tuesday and that will be good for me.