His assessment of the game:

“Sometimes we played through them easily but then we would turn back and allow them to get back into their shape.

“The biggest frustration of all is we know their threats with Michael Smith and we don’t put a front screen in front of him and we dangle a leg for both goals.

“We did not compete physically and we did not put the ball in the box when playing against ten men.

“I’m gutted our supporters have come away without seeing us have some good chances, particularly when playing against ten men.

“This international break has come at a welcomed time.”

On injuries and game management vs Rotherham:

“When we get Jon Taylor and Jordy Hiwula back it will change our dynamics massively.

“We are working on things that are a bit alien to us at the minute. I had to bring on Tiago because we needed a goal but I did not want to risk him because of his calf.

“I’m hoping we will have one or two bodies back for Rotherham in the Papa John’s Trophy game.” 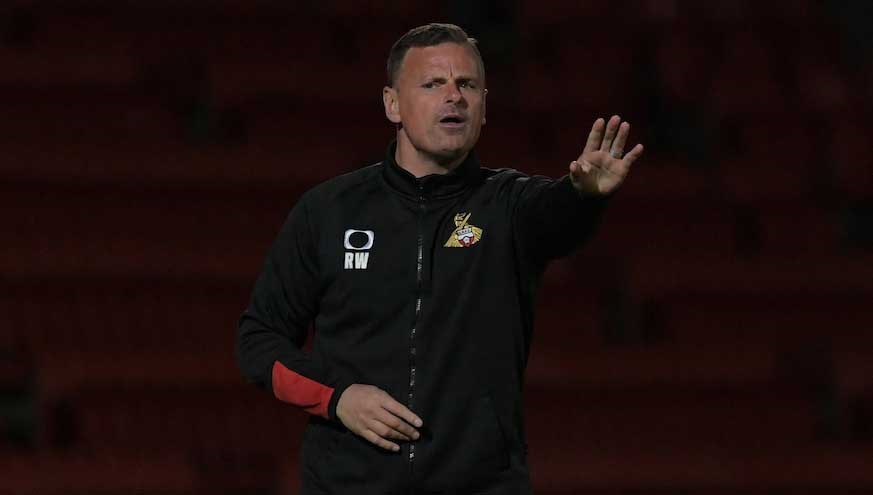 
Richie Wellens was proud of his side who made it back-to-back home wins against Manchester City’s U21s.


Following the successful launch of the junior football clubs ticket offer, the club has extended the deadline for purchasing the package until 4pm on Wednesday September 29 2021.


Rovers are looking to make it back-to-back league wins when they travel to take on Plymouth Argyle this weekend.


Richie Wellens spoke to the media ahead of this weekend’s trip to Plymouth Argyle in Sky Bet League One.