Rovers Academy wishes Gary McSheffrey all the best as he moves from U18s to first-team manager.

The 39-year-old was appointed as U18s manager in the summer of 2021, replacing Paul Stancliffe who he assisted for two seasons prior.

He has excelled during a short space of time making himself a popular figure amongst staff, parents, and players.

He has played an influential part in the development of promising prospects within the Academy who have all seen their performances improve each week under his leadership.

Doncaster Rovers chief executive Gavin Baldwin said: “We have candidates in mind for the Academy role but we will test the market to make sure we get the best candidate for that position.

“The Academy is producing some good players for the future and productivity is probably as high as it has ever been. So the appointment has to be right.

“We will be talking to Gary about what he wants from that role and how he wants the players to look when they join the first-team squad.” 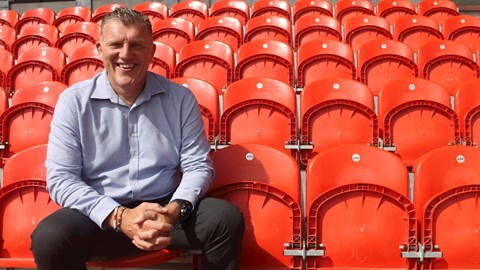 Gary will be joined by Academy coaches Frank Sinclair and Steve Hernandez in the first-team's new coaching set-up.

On behalf of everyone connected to Rovers Academy we wish Gary, Frank and Steve all the best in their new roles.

Academy manager Tony Cook and head of Academy coaching Steve Welsh will continue to lead the U18s until a permanent appointment is made.


Joe Dodoo says Rovers are determined to build on a good performance and win at MK Dons.

McSheffrey: I thought the lads were superb


Gary McSheffrey spoke with the media following his side’s first away win of the season against MK Dons.

Younger voted man of the match against MK Dons


Fans on Twitter have voted Ollie Younger as their man of the match for his defensive heroics in a 1-0 win over MK Dons on Saturday.


Rovers travel to take on MK Dons in Sky Bet League One this weekend.