Rovers initially took the lead through Jack Goodman but two second half goals from the Imps turned the game on its head. 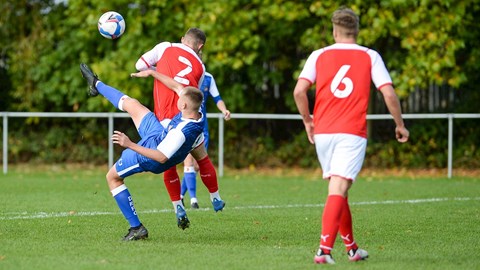 Cook said: “There were plenty of positives to take out of the game as I felt both sides competed well against each other throughout in very windy and also with a constant down pour of heavy rain.

“There were moments where we produced some really good play both with and without the ball and either team could have come away with the win.

“It is important that myself, staff and the players reflect on the lessons and experiences that they can take away with them from games like the Lincoln one, where managing not only the weather conditions but also a very well organised and competent Lincoln City side.”

Cook named no second year scholars in the squad with Bobby Faulkner, Tavonga Kuleya, Corie Cole, Dan Wilds and Tom Henson in the squad for first teams match vs Mansfield Town in the FA Cup second round.

He added: “With their absences, it meant we could introduce five of the U16 players to give valuable pitch and learning time for the first year scholars without the experience of the second years in an U18s competitive league game.

“The preparation and forward planning work has now started, to blend next year’s new intake of scholars and our current first years with valuable training and game time together.”