Rovers travel to the Mornflake Stadium for the second time in four weeks on Wednesday evening to take on Crewe Alexandra in the Papa John's Trophy.

The two sides played our a 1-1 draw on November 2 in Sky Bet League One. Chris Porter’s header from close range 12 minutes before half time gave the hosts the lead, before Joseph Olowu’s first EFL goal in the fourth minute of first half stoppage time brought Rovers level.

The Railwaymen enter this Papa John’s Trophy match against Rovers having won just two of their last five matches across all competitions, including consecutive one goal defeats to League One opponents Ipswich Town and AFC Wimbledon.

Crewe Alexandra has lost three of their last four league fixtures under manager David Artell, with the only win in the current run of form being a 2-0 victory at home to Gillingham.

However, in cup competitions – and in particular the Papa John’s Trophy - the Railwaymen have fared much better.

Artell’s side have won four and lost two this season across the three cup competitions including a perfect record of three wins from three in the Papa John’s Trophy with wins over Shrewsbury Town, Wigan Athletic and Wolverhampton Wanderers U21. In fact, the Railwaymen have yet to concede a goal in this in the competition.

Nine players have scored for Crewe Alexandra this season, but the standout is Chris Long. The forward has four goals to his name including a 73rd-minute bullet into the bottom right corner at Ipswich Town in the team’s last outing.

However, it’s been the play of Mikael Mandron in the Papa John’s Trophy stands out. The Frenchman has scored three goals this season, with two of those goals coming against Wolves U21 in the team’s last Papa John’s Trophy match at the beginning of November.

Currently tied for second with three goals under his belt, Mandron has a 39.1% shots on target average entering Wednesday’s Papa John’s Trophy match. The Boulogne-sur-Mer, France native is also averaging 0.55 shots on target per game, while possessing a 0.33 goals per shots on target.

Mandron joined Crewe Alexandra in the summer of 2020. Last season, he led the Railwaymen with 14 goals across all competitions. Beginning his career as a youth in the northeast at Sunderland, he would go on to play for the Black Cats in first team action between 2013-16, before serving loan spells with Fleetwood Town, Shrewsbury Town and Hartlepool United while still employed in Wearside. In 2017, Mandron made a permanent move to Colchester United, going on to score 12 goals in 85 appearances across two seasons with the club. Internationally, Mandron was eligible to represent England, France and Scotland, and was called up to the Scotland U20 squad in May 2013.

Artell’s Crewe Alexandra enter the game on the back of two defeats, however, November has spelled an upturn in scoring form hitting the back of the net nine times across seven games.

This was bolstered by a 3-0 win over Wolves U21 side in the club’s last Papa John’s Trophy match to keep up an impressive record in this competition.

The team may currently sit bottom of the League One table, but they’ve had a near perfect run in the Papa John’s Trophy.

Manager David Artell spoke to the media ahead of the match.

On his recent team talks delivered to the squad:

“I gave them a few little pointers, and told them they will play better because of those pointers, we hope. If we play [like we did in the second half against Ipswich Town], we’re going to win more games of football.

On what needs to change in the team performances:

“We’ve got to cut out the silly mistakes that we’ve had in the last two games. If we do that, and we have to understand the state of the game, and the sort of tactically understanding of where we’re at…win the header, win the second ball, put it near their goal somewhere and get back on the halfway line.”

“All games at this level are tough and it will be the same with Doncaster. It is a knockout game and they will be looking to progress as much as we are.

“Doncaster are always going to be competitive with Richie as manager. He is a good manager and we will have to play like we did against Gillingham and Ipswich if we are going to go through.

“We certainly don’t take it lightly.” 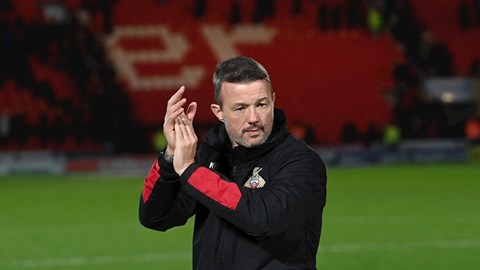 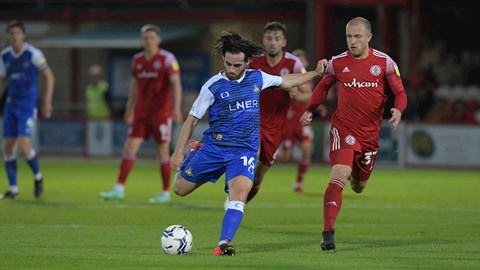 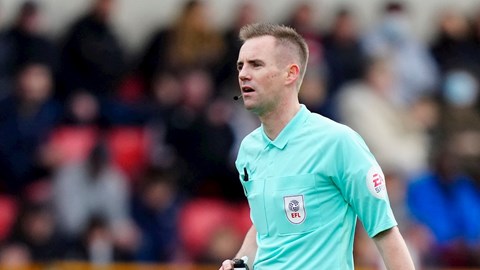 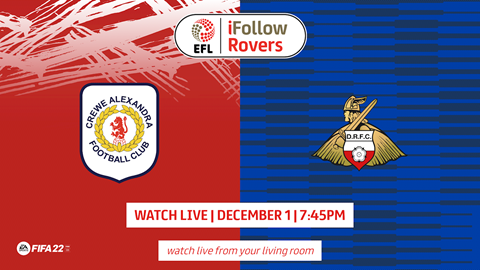 📺 Stay close to the action with iFollow