It was a record-breaking night for England Women with 12,272 supporters watching on at the Keepmoat Stadium as they recorded a huge 20-0 win over Latvia in the World Cup Qualifier.

The team was captained by former Doncaster Rovers Belles player Millie Bright as they recorded the biggest England win in a competitive match.

The Lionesses now top the group with six wins from six and a goal difference of +53.

Supporters travelled far and wide to watch the England Women’s team take another step closer to the 2023 World Cup finals in Australia and New Zealand with the stadium playing host to more than 12,000 football fans.

Schools and junior football teams from across Doncaster came out in huge numbers to take advantage of the chance to watch the national team play in their hometown. Former Belles and current Belles players were also in attendance as were members of the men’s Rovers team.

Chief executive Gavin Baldwin said: “Firstly, I want to congratulate the Lionesses on a record-breaking win – it was a pleasure to be able to watch such an historic match play out at our stadium.

“Thanks to the Belles and people like Sheila Edmunds women’s football has a special place in the hearts of people in Doncaster and the turnout reflected that. The atmosphere was fantastic and it was great to see more than 12,000 people in the stadium cheering the England team on.

“It was a pleasure to host the England and Latvian teams and to play our part in bringing international football to Doncaster.”


The best photos as Rovers secure a place in the second round of the Carabao Cup.


Rovers supporter Paula Henman walked away with the £10,000 Club Doncaster Lottery jackpot on Monday during half-time at the Sunderland game with the help of Doncaster Rovers Academy. 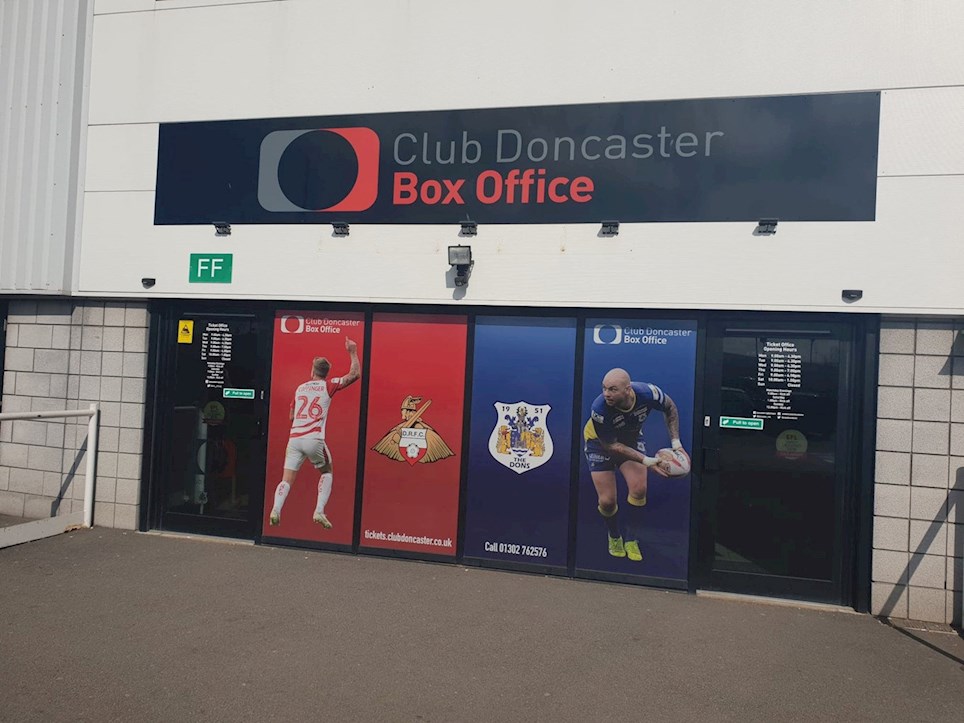 
Club Doncaster will operate on the following opening times over the Christmas period.


Local schools across Doncaster have been demonstrating their footballing talent in the Foundation’s EFL Kids Cup Tournaments. The prize is an opportunity to represent Doncaster Rovers in the regional...


There are opportunities to join Doncaster Rovers as a matchday steward.