Darren Moore felt the game against Oxford United was an excellent advert for Sky Bet League One football.

Moore said: “With the form we were both in before this game I think the game lived up to the standard and was a good advert for League One football. Karl Robinson and I were full of praise for about how both sets of players went about their business today.

“We scored some good goals but once the game went to 3-2 it was about resilience and defending. At times when there was a change of possession we could have used the ball better by making better decisions. But that is only a small critique because Oxford played their part and pressed us really well.

“The goals we scored were good because they were composed, and we had to take our chances when they did come.”

Coming into the game, Moore knew Rovers were going to have to be resilient defensively, but he was equally pleased with how Rovers attacked Oxford.

He added: “Part of what we have been working on in training is being more clinical with our finishing and it has paid off during games. All three goal scorers took their goals well today in a high-level match.

“Starting the second-half, we wanted to stamp our authority on the game. I told the lads to show more composure on the ball because I thought we could do better in possession during the first-half. When we did venture up the pitch we started to cause them problems.

“Defending is part of the game. There’s two parts to a game – there is out of possession and in possession. We knew Oxford were going to come onto us and they can pin you back if you’re not careful.” 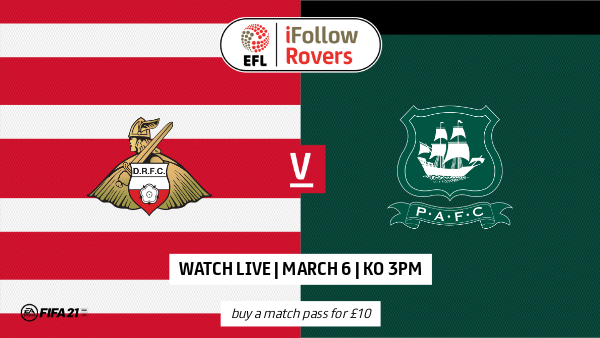