Matt Smith says Rovers are confident of beating anybody in Sky Bet League One ahead of the trip to Lincoln City this weekend.

The Imps currently sit top of the table with Rovers part of the chasing pack, and Smith says they have nothing to fear as they head to the LNER Stadium.

He said: “We’re going into games and not really fearing anyone, and we’re winning even when we don’t play at our best which is a sign of a good team.

“We know they’re a good team and they gave us a very good game when we played them at home, it will be tough but it’s a big game and we’ve done well in them so far.

“What we try to do is focus on ourselves and we know what we expect from each other, we take one game at a time and face each challenge as it comes.”

After confirmation that he would remain a Rovers player for the rest of the campaign, Smith is looking forward to improving his own game further while at the Keepmoat Stadium.

He added: “There were talks that something would happen in January, but I’m delighted that I now know I’m here until the end of the season.

“Because the loan started as well as it did, it felt like a no-brainer to stay here. In my head I was thinking I really want to stay with Doncaster and now I can just focus on reaching our target here.

“From the start the manager has been big on learning and wanting players to get better, and that has continued throughout the season.” 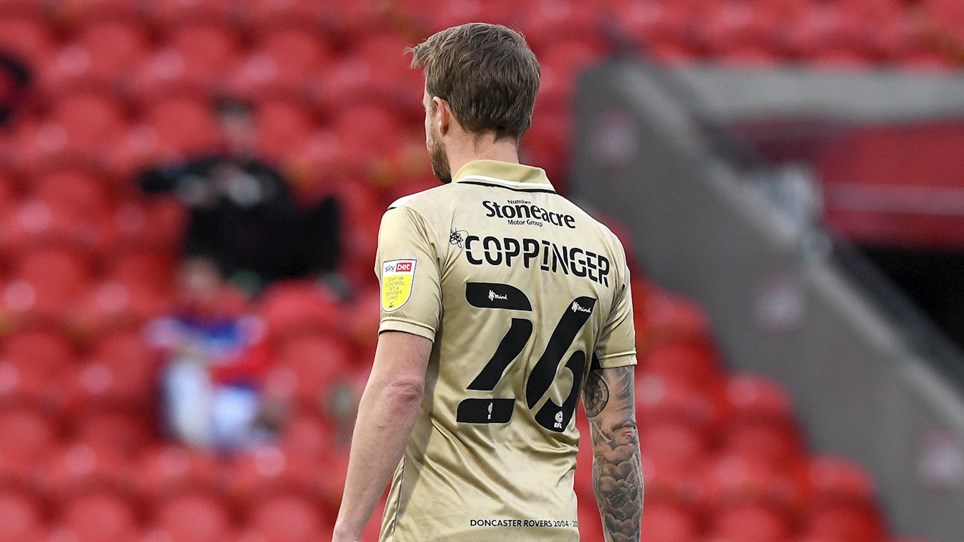 
It was never in doubt that James Coppinger’s 102nd minute equaliser against Hull City would be voted February goal of the month.


Rovers boss Andy Butler has called for his team to continue to entertain after they recorded back-to-back wins for the first time since January with victory over Plymouth Argyle.

Anderson happy to find the net


Tom Anderson was delighted to open his goal-scoring account for the season in the win over Plymouth Argyle in Sky Bet League One.


Rovers supporters on Twitter voted Omar Bogle as their man of the match following his performance against Plymouth Argyle in Sky Bet League One.