Doncaster Rovers and Club Doncaster have launched the 100 Club, a commercial partnership package which acts as a network for partners and provides vital income for the club and first-team.

Despite the difficulties over the past 18-months, the club has retained 65 official partners who will now make up the basis of the 100 Club.

“The commercial support has been growing for a few years and it was always the intention that when we got to this number of partners that we would aim for the 100 mark - the focus of the new 100 Club is to do exactly that,” said head of commercial, Jon Warburton.

“The 100 Club will give our partners the opportunity to work together, network together and potentially do business together as well. While that it great for them, it’s also really good for us as a club because we really rely on the commercial support that we receive.”

Head of finance, Richard Poole, provided a candid and honest summary on where the club’s finances are after a season of playing behind closed doors and it is clear that the support of commercial partners will be key in allowing the club to progress both on and off the pitch.

“Everyone was really excited to see Richie Wellens back and from a commercial point of view, we just want to do as much as we can to help him be successful on the pitch,” Jon added.

“We really want to kick on now and put the best product on the pitch and compete with some of these bigger clubs in this league,” explained Wellens.

“We want to get the best players in so continued financial support from commercial partners and sponsors is vital. From what I’ve seen so far, the commercial support at this club is second to none.” 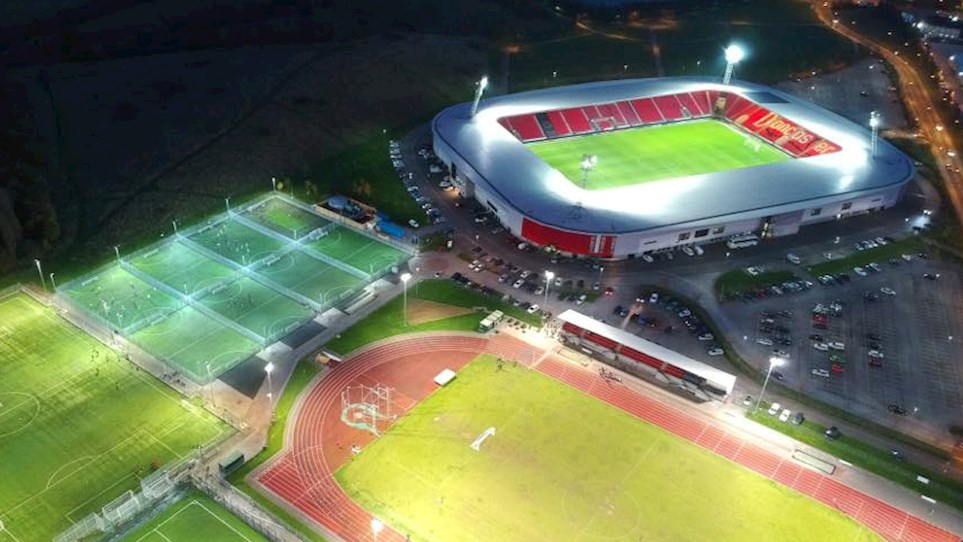 
Lockdown easing has brought the welcome return of staff to the office but returning staff may need somewhere to park their vehicles.


Supporters can return to the Keepmoat Stadium in luxury when Rovers take on Newcastle United and Sheffield United in their two scheduled home pre-season friendlies.


Homebuilder, Albemarle Homes, has given school children in North Nottinghamshire an opportunity to make history by choosing the street name at its new homes’ development in the village of Beckingham.