A point for Richie Wellens' side would be enough to see them through to the knock-out stages of the competition while a heavy defeat for Rovers would see Scunthorpe seal second place and the qualifying spot.

Scunthorpe enter Tuesday evening’s match on the heels of consecutive losses including a 1-0 defeat to Rovers. The Iron have scored just six goals since the start of October but will be hoping that a few more days under the stewardship of new manager Keith Hill will help them return to winning ways.

In the Papa John’s Trophy this season, Scunthorpe have played two and lost two. The Irons were on the wrong end of a 3-0 score line against the Man City U21 side in August, followed by a 4-1 loss to Rotherham in early October.

When it comes to the Papa John’s Trophy, The Iron does have a history. Since 2017/18, they have registered a record of seven wins, five losses and four draws. This includes a 1-1 draw against Rovers in 2017 in a group game that eventually in a 3-2 win on penalties for Rovers.

In 2009, the Irons had a memorable run to the final of the competition, facing Luton Town at Wembley Stadium. Scunthorpe advanced to the finals with 2-1 wins over both Notts County and Grimsby Town. A 1-0 win over Rochdale ensued in the North quarter finals, followed by a 2-1 North semi-finals win over Rochdale. In the North finals, the Irons advanced past Rotherham United with a 3-0 aggregate score line.

Against Luton in the 2009 final, Scunthorpe trailed 2-1, until a Grant McCann 88th-minute goal equalised for the Irons. However, five minutes into injury time, Luton Town’s Claude Gnakpa slotted home the winner for his side.

Scunthorpe United – One to Watch

Jake Scrimshaw is the joint top scorer for Scunthorpe United - one of three players for the Irons with two goals scored this season, as well as registering an assist.

He enters Tuesday’s Papa John’s Trophy contest with seven shots on target in 13 total shots, giving him an on-target average of 53.8%. He is averaging 1.25 shots per game, while maintaining 0.68 shots on target per contest. Scrimshaw has pulled in four tackles won and three interceptions.

Born in the Isle of Wright, Scrimshaw served three years (2015-18) at the Bournemouth Academy, before signing his first professional contract with the Cherries in 2018. In August, Scrimshaw completed a season-long loan move to Scunthorpe United from Bournemouth AFC.

Keith Hill was named manager for Scunthorpe United less than 24 hours prior to Rovers Emirates FA Cup match against Scunthorpe United. Hill took over from Neil Cox, who was let go by the club a before.

A former manager at Rochdale, Barnsley and Bolton Wanderers, Hill arrives to Scunthorpe United having most recently serving in a similar role with Tranmere Rovers in Sky Bet League Two last season. He helped manage Tranmere to the League Two play-offs but was released from his duties with the club prior to the first play-off game. A former player for Rochdale, being capped more than 150 times for the club, Hill served twice in a managerial role with The Dale from 2006-11, followed by another spell from 2013-19. Having begun his playing career with Blackburn Rovers, the former centre-back has a wealth of knowledge and managerial experience leading Rochdale and Tranmere Rovers to the League Two play-offs.

On needing the supporters stay behind the team/club:

“Believe, trust, support. We’re a family, and emotionally, they have to reflect and support the players.

“There are [many] games left. So, support, the club, and if they do that and we collectively create the siege mentality – myself, the staff, the players, the board of directors and the supporters, then we can be a strong outfit.” 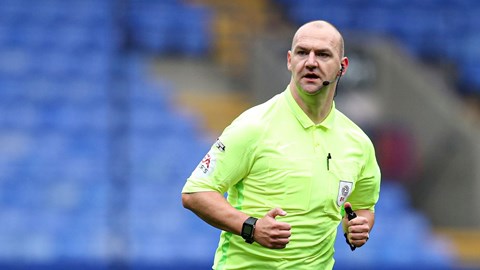 
Gary McSheffrey takes charge of his first game as Rovers caretaker manager when Mansfield Town visit the Keepmoat Stadium in the Emirates FA Cup second round on Saturday.


Rovers travel to the Mornflake Stadium for the second time in four weeks on Wednesday evening to take on Crewe Alexandra in the Papa John's Trophy.


Rovers head to Burton Albion this weekend going in search of their first league win on the road.


Rovers travel to Bolton Wanderers in Sky Bet League One on Tuesday evening.