Throughout the game wind conditions made it difficult for both sides but eventually Rovers got into a rhythm and managed to work with the blustery weather conditions.

Gary McSheffrey’s side picked up where they left off from the Rotherham United game by dominating the game. On the 21st minute the youth team rolled into a one-nil lead when Owen Scattergood tapped into an open net after Jack Goodman forced their goalkeeper Harvey Giles off his line.

For Rovers’ second Will Hollings sprinted down the right channel before pinging a ball to the far post which Tavonga Kuelya wasted no time scoring from.

Before the referee blew for half-time Rovers had a chance from a corner which Jack Raper fired over the bar.

In the second period, Harrogate came out of their shell more when they had nothing to lose. But Rovers kept their cool and continued to press for more goals when in possession.

Kuleya came close to a brace but was denied off the line by Bobby Attree. A couple of minutes later Attree was shown a yellow card for pulling Scattergood back when the forward was about to break through on goal.

On the 72nd minute McSheffrey started to tinker with his side. Hollings and Goodman came off for Tom Parkinson and Alex Fletcher then Scattergood, who started his first game since injury, was replaced by U16 forward Max Adamson.

Parkinson and Adamson wasted no time making their presence felt as they both bagged a goal within five minutes of each other to take Rovers up to 4-0.

A mad final ten minutes proceeded with two Harrogate Town players being shown red. Emmanuel Ilesmani was sent off for descent to the referee after only coming on 15 minutes prior. Fellow substitute Finn O’Boyle was also given a straight red card for elbowing Jak Whiting.

With only a couple minutes to go, Rovers’ U18s wrapped up the game with a goal from Corie Cole following a weaving run from the number 10.

Not only was the game the third consecutive competitive win but it was the second clean sheet in a row for the U18s.

They will be back in action in two days time with the visit of Burton Albion U18s on Saturday October 30. 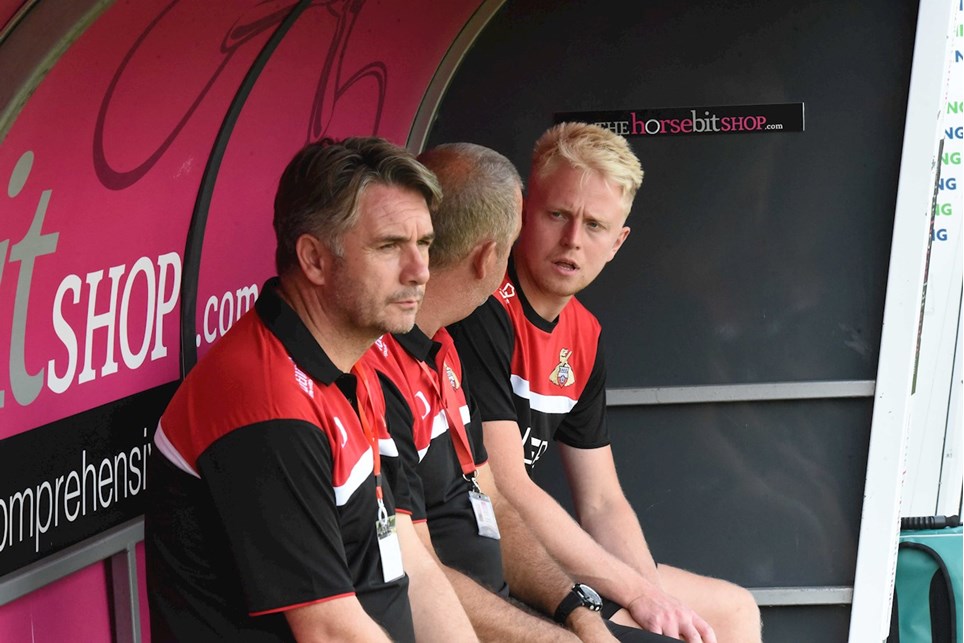