Joe Dodoo said he was thrilled to have opened his account for Rovers against Manchester City U21s.

The striker scored both goals in Rovers' 2-1 victory which has given Richie Wellens’ side a fighting chance of progressing through to the next round of the competition with a victory at Scunthorpe United.

On his goal and his performance:

“The first one was from a one-v-one which is something we worked on in training. So the manager will be happy that came off.

“For the second goal, I gambled when the ball came to the back post so I’m happy it came off.

“The way I was brought up at clubs like Leicester was to win as a team. You have to be disciplined and work hard. If you are not tracking back, you can’t be carried by your teammates.

“The winning formula for me is to work hard as a team which means for me coming back and defending when needed.”

On how he has found life since his move to Rovers:

“The lads and coaching staff have welcomed me really well. I came in on the Monday and on the Tuesday I was playing so there was no time to ease myself in.

“The lads help me a lot in terms of the timings of things I do. The coaches have made a good culture around the place and have a good philosophy of how we want to win games.

“I’ve learnt quickly how to fit into this group, and it is a good group. I look forward to seeing what we can achieve together.” 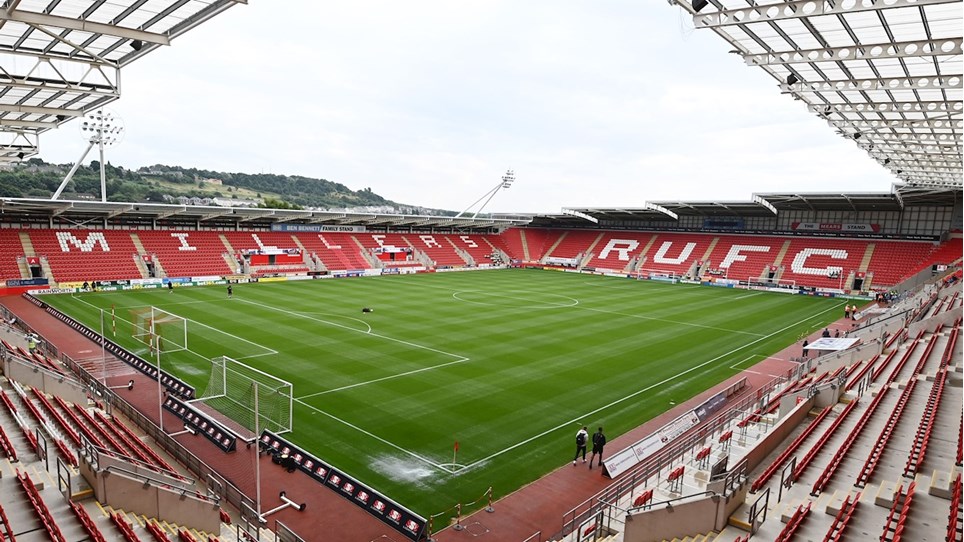 
Nineteen-year-old Ben Blythe was on media duties after an assured performance in defeat to Championship Stoke City in the Carabao Cup.


John Bostock spoke to the media ahead of Rovers’ trip to face Gillingham on Tuesday night.


Rovers are back on the road when they travel to take on Gillingham in Sky Bet League One on Tuesday night.


Rovers supporters aged 17 and under will be able to attend the re-arranged fixture against Cambridge United on Tuesday October 26 for only £1.


Richie Wellens spoke to the media ahead of Tuesday night’s trip to Gillingham in Sky Bet League One.