Ethan Galbraith spoke to the media ahead of this weekend’s trip to Plymouth Argyle in Sky Bet League One.

The Northern Ireland international has started Rovers’ past six league games after joining on loan from Manchester United.

“It took us a few games to get a win but the atmosphere is much better around the group now we’ve done that.

“We were still confident because we had played well in games, but getting a good result just gives you a boost.

“We’re working on our end product in training and hopefully that will improve us when we get into attacking positions.

“It’s starting to show the manager’s ideas getting through to the group and how he wants us to play.”

On his loan spell:

“I’ve loved my time here so far, the manager and the lads have been great with me.

“The physicality is massive but also game management, knowing what to do late in a game is so important.

“It’s my first season in senior football and I’m thankful for the opportunity, for me it’s just about repaying that faith throughout the campaign.”

On the trip to Plymouth:

“We’ll do our homework on Plymouth and look at the areas that they’re strong in, as well as where we can hurt them.

“Having that winning feeling has given us the hunger to put together a run and show we can be consistent.

“Now we’ve got something to build on but we know the next couple of games are tough.”


The Inside Rovers pre-match show returns at 7.30pm on Friday with all new features and content.


Details have been confirmed for Rovers’ Emirates FA Cup first round tie away at Scunthorpe United.


Rovers host Cheltenham Town in Sky Bet League One this Saturday for the first time since 2007.

30% off selected training range items in store this weekend


Get your hands on some amazing items in our Keepmoat Stadium Store this weekend.


The Inside Rovers pre-match show returns at 7.30pm on Friday with all new features and content. 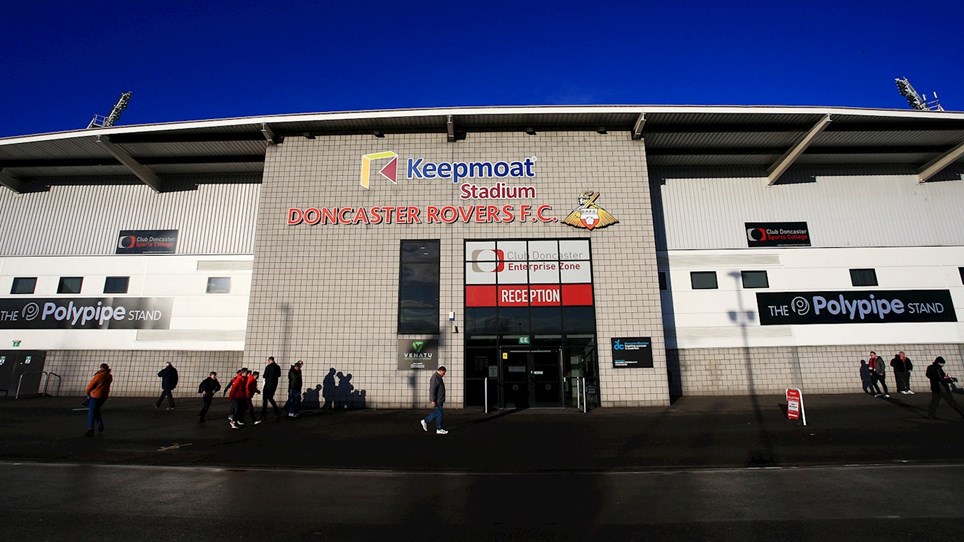 
Rovers are looking to get back to winning ways when they take on Cheltenham Town at the Keepmoat Stadium this weekend.