Rovers travel to the Mazuma Stadium on Sunday to face Morecambe in Sky Bet League One.

The match will mark Gary McSheffrey’s first game in charge after being confirmed as permanent manager.

Rovers have managed just one point on the road this season when they ground out a 1-1 draw with Crewe Alexandra and will be hoping to turn that form around in 2022.

Morecambe – dragged along by the inspiring form of Cole Stockton – started the season very well, but recent results have seen them drop down the table to join the relegation fight. They had difficult December picking up one point thanks to a 0-0 draw with Fleetwood Town.

Defeat to Crewe Alexandra in midweek, lifted the Railwaymen above both Rovers and Gillingham at the foot of the table and denied Morecambe an opportunity to climb to safety. 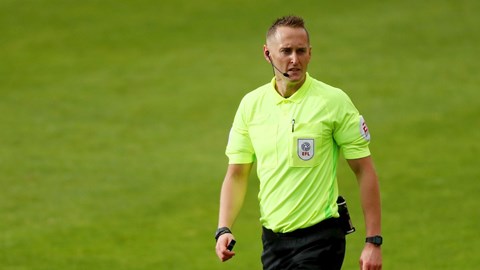 
Joe Dodoo says Rovers are determined to build on a good performance and win at MK Dons.

McSheffrey: I thought the lads were superb


Gary McSheffrey spoke with the media following his side’s first away win of the season against MK Dons.

Younger voted man of the match against MK Dons


Fans on Twitter have voted Ollie Younger as their man of the match for his defensive heroics in a 1-0 win over MK Dons on Saturday.


The best images as Rovers register their first away win of the season with victory over promotion-chasing MK Dons.


It’s the first home match of 2022 for Gary McSheffrey’s Rovers as they host Fleetwood Town at the Eco-Power Stadium on Saturday.